Heavenly hash, cooked until the potatoes are nice and crispy brown. It is so very good.  This is not the first time I have tried to make a hash-brown type dish but it IS the first time that it worked. 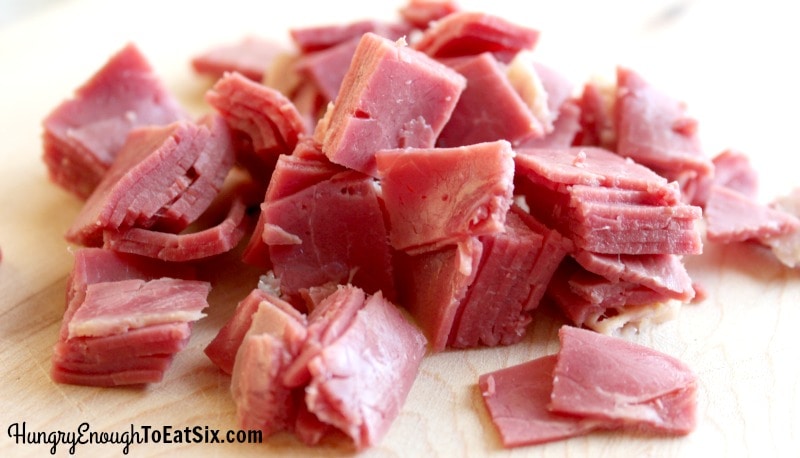 In my past hash attempts the diced potatoes have burned, turned to mush, or held on to the bite characteristic of undercooked potatoes. It was awhile before I considered trying another hash recipe. Happily, this one turned out very well. The potatoes browned up perfectly. 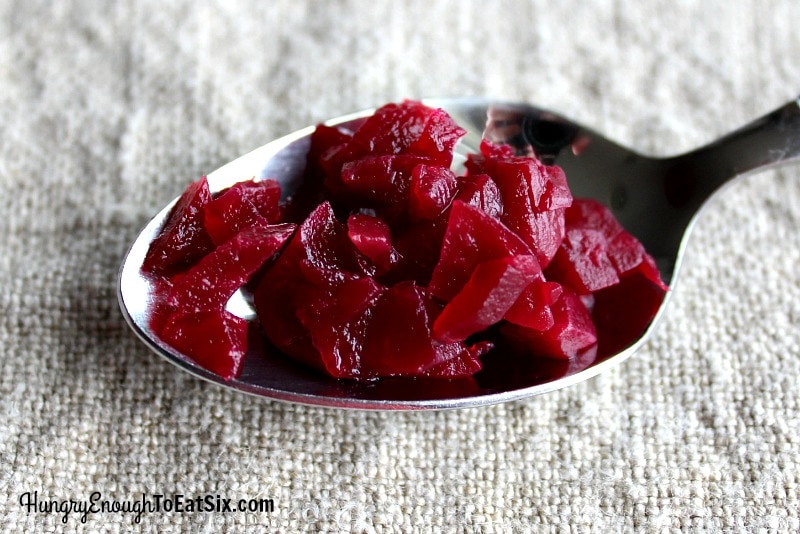 We had never had beets before trying this hash. I tried a slice off the cutting board and I thought they tasted like... dirt. Knowing how that would go over with the rest of the diners, I chose to "forget" to tell my husband and boy that this dish had beets. I let them wonder at the red color and dive in uninformed.

I opted to use the ready-made hash-brown frozen potatoes and so this dish came together quickly. A quick recipe when the folks in your house are hungry for breakfast is smart! 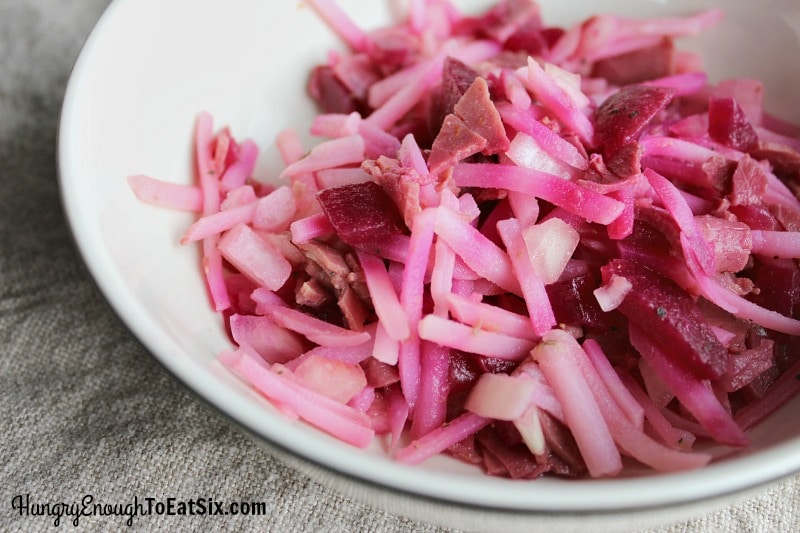 I used corned beef in this batch. Pastrami, sausage, or bacon would all work well too. Once the ingredients are combined the mixture takes on bright hues of red and pink. With bits of white potatoes, you find the red flannel pattern looking back at you from the bowl!

Now that I have found success with this hash, I must be a dork and gleefully refer to myself as a "hash-slinging slasher". (Thank you, Spongebob Squarepants.) 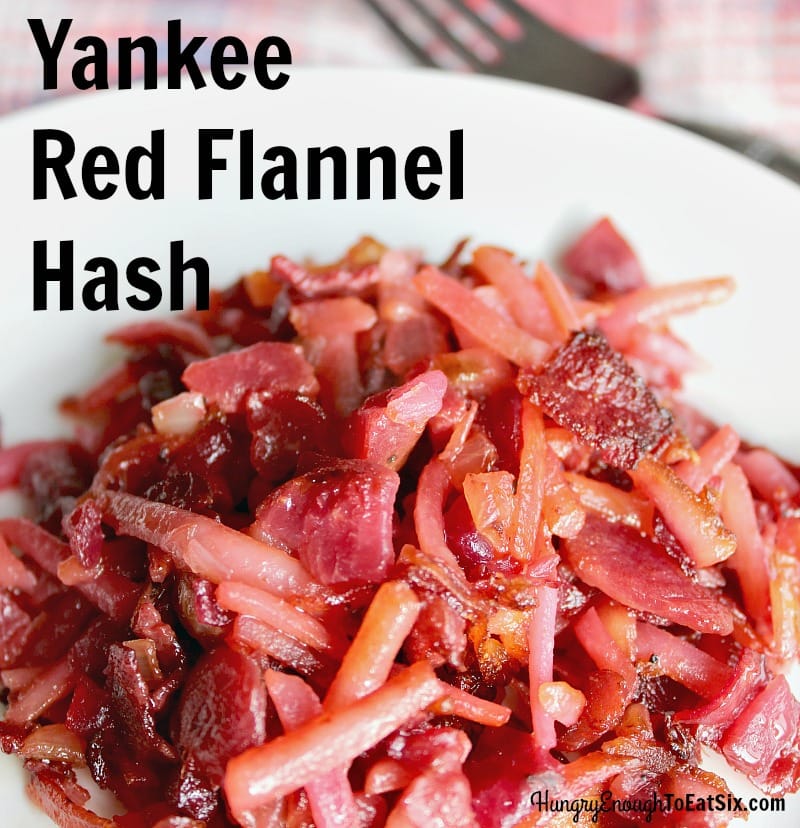 Two possible origins for the name of this dish!

The first is one night a woman who was angry with her husband threw his red flannels into the dinner hash. Unaware of the demise of his flannels, he devoured the hash. The husband loved it so much that his wife substituted beets for flannels the next time she made it.

The second is a Revolutionary War-era tale. Ethan Allen his troops, the Green Mountain Boys were so hungry one cold, wintry night that they cooked up their red flannels to eat with their potatoes. 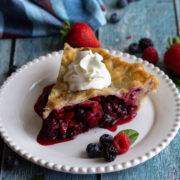 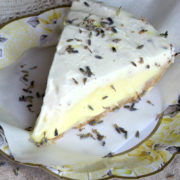 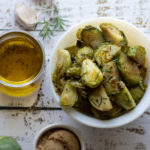 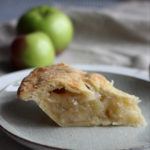 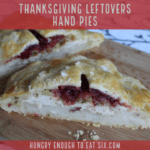