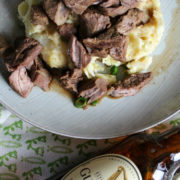 Guinness Pot Roast with Colcannon brings two Irish classics together in this delicious dish: Guinness stout beer and a traditional Irish potato dish made with cabbage.

While looking over lists of traditional Irish dishes as well as American-Irish dishes, many of the recipes looked to me like they would be really good if they were put together.

Like pot roast simmered in Irish stout plus a side of colcannon. Yep, really good together! A comfort food symphony.

This recipe is more American-Irish, since traditional Irish recipes rely more on lamb, mutton, and pork than on beef.

Colcannon is a traditional Irish dish that dates back to the 1700s. The name is derived from the Gaelic words for "white-headed cabbage". It consists of mashed potatoes combined with cabbage or kale.

Some recipes also call for leeks, green onions, and meats. But, in its simplest form, colcannon is just mashed potatoes with cabbage. It's delicious comfort food!

Fun fact: Though Americans may associate colcannon with St. Patrick's Day, in Ireland, it's actually a dish traditionally made at Halloween-time. The tradition includes hiding charms in the colcannon, like coins for children. Sometimes the charm is a ring to predict marriage for the single woman who finds it.

The recipe makes a Guinness-braised beef chuck roast by simmering the ingredients together in a slow cooker. It's hearty like a beef stew, but without the veggies and with plenty of Guinness stout beer. It's full of robust flavor.

The colcannon comes together in the last hour of cooking time for the beef. Instead of boiling the potatoes and cabbage, they're oven-roasted for extra flavor.

When the pot roast and Guinness gravy are spooned over fluffy mounds of colcannon, it becomes a hearty meal that all will love. It's literally a real "meat and potatoes" meal!

🔪 How to make this Irish Guinness Pot Roast Recipe With Colcannon

Add beef chuck roast or pre-cut stew beef, stock, and seasonings to a Crock Pot. Pour in the Guinness beer. Cook everything on low for about 8 hours.

Step 2: Roast the potatoes and cabbage

Slice up the cabbage and potatoes and arrange them on a baking sheet, tossed with olive oil, salt, and pepper. Roast everything for about 40 minutes until the potatoes are soft.

Place a mound of colcannon on a dinner plate, topped with some chopped scallion. Spoon the pot roast and Guinness gravy over the colcannon and enjoy!

How do I cook Guinness Pot Roast in an Instant Pot?

This recipe works beautifully in an Instant Pot! You just need to adjust the amount of liquids, and add them to the pot with the beef and seasonings. The cook time for Guinness Pot Roast in an Instant Pot is about 50 minutes, and you can prepare the colcannon while it cooks. See the recipe card for the Instant Pot option.

What to serve with Guinness Pot Roast and Colcannon

Once we spooned the pot roast over the colcannon, we ate it up fast — frighteningly fast actually, because it is so savory and satisfying. No good would come of hiding charms in the mash when we're this hungry!

Find the recipe for Guinness Pot Roast With Colcannon below, and here are a few more Irish recipes to try:

Corned Beef and Cabbage Slaw Sandwiches
Get the flavors of a traditional corned beef and cabbage dinner in a new way. This sandwich combines deli corned beef and fresh, crunchy cabbage slaw.
Take me there 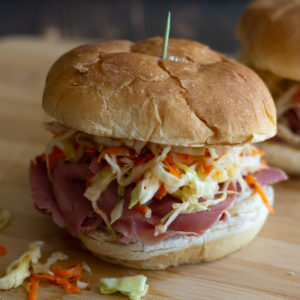 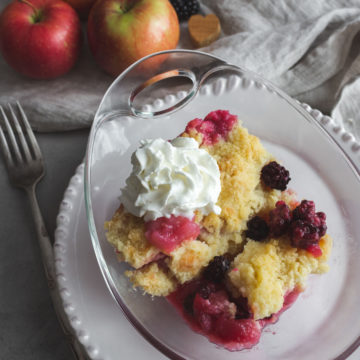 💬 What do you think of this recipe? Leave a comment below. 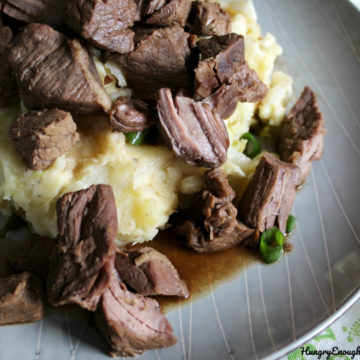 For the Pot Roast:

An hour before the beef is done, prepare the veggies:

Make the Guinness Pot Roast in an Instant Pot:

How do I cook Guinness Pot Roast in an Instant Pot?

This recipe works beautifully in an Instant Pot! You just need to adjust the amount of liquids, and add them to the pot with the beef and seasonings. The cook time for Guinness Pot Roast in an Instant Pot is about 50 minutes, and you can prepare the colcannon while it cooks. See the recipe card for the Instant Pot option.