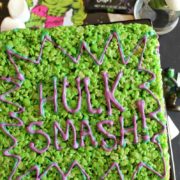 These gooey, crispy treats are fun to make, and as green as the Hulk himself!

This post may contain affiliate links for baking products.

In my quest to create treats in tribute to the characters of the Avengers movies, it was smashing good fun coming up with a treat for the Incredible Hulk!

Many of my favorite Hulk scenes are in the first Avengers movie: like during Loki's scathing condemnation of all those he feels are unworthy - he's cut off by Hulk grabbing him by the ankle and throwing him around like a rag doll! And in Thor: Ragnarok when Hulk and Thor trade similes about which of them is more like a raging fire.

The character of Hulk has had an interesting development over the course of the Marvel movies: intense and often funny in the battle scenes, but reflecting the growing struggles of Bruce Banner as he grapples with all that he is forced to sacrifice by being tethered to the Hulk.

Since Hulk is one of the most popular Marvel characters with kids, I had kids in mind while creating these treats.

I sometimes see Hulk-like explosions of emotion from the kids I work with, outbursts that seem unbelievable given how little they are!

Rage when someone cuts in the lunch line - and at the opposite end of the spectrum, unrestrained joy when extra recess is announced. If you have kids in your household channel their Hulk-energy into making these sweets together!

These marshmallow treats are adapted from the classic Rice Krispies treat recipe.

It had been awhile since I last made marshmallow cereal bars, but it's definitely one of those recipes that leaves me wondering why I don't make them more often: pretty easy to assemble and so delicious!

In addition to marshmallow and cereal mine include green Candy Melts and green food coloring - basically they're "Hulked out" marshmallow squares.

There is also a layer in the middle of purple Pop Rocks for some added animation in every bite! (This is my second recipe using Pop Rocks, the first being my 4th of July Fireworks Ice Cream Soda... clearly I have a thing for Pop Rocks.)

The decoration on the top is made with more candy melts and a piping bag. The treats are eye-catching and exciting a celebration or a Marvel movie viewing party! (One of our favorite pastimes on a rainy weekend day!)

Go green and get your hands on these Hulk treats! The recipe is below, and if you need yet more Avengers themed treats - I got ya covered:

Black Widow Chocolate-Dipped Cookies
Decadent, chocolate-dipped Black Widow cookies are deadly-chocolaty, full of buttercream, and dedicated to the most kickass Avenger: Black Widow!
Take me there 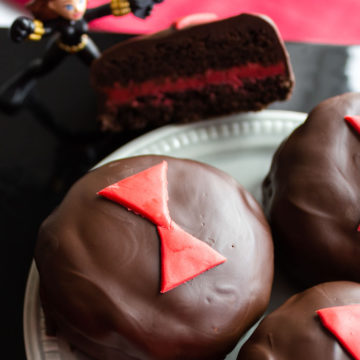 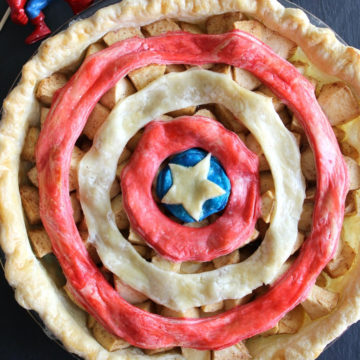 Black Panther Claws Pastry with Almonds
Sweet chocolate rolls filled with an almond-chocolate filling, and decorated to look like black panther claws!
Take me there 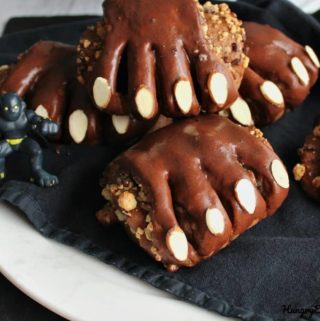 Here are some of the tools and ingredients that I used to make these treats - most are available at craft stores or find them online:

This recipe is featured in the collection, Avengers-Inspired Treats. 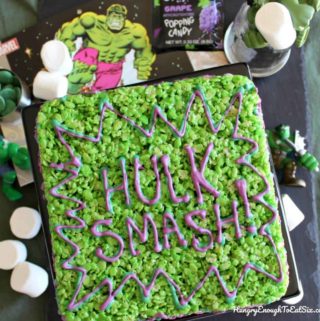 Tell me what you think—comment below! Cancel reply