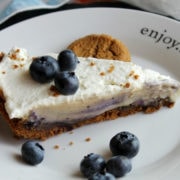 This pie is cool AND spicy! A chilled pie filled with creamy blueberry and cinnamon filling, all over a gingersnap crust.

The USA Network TV show Psych has forever piqued my curiosity about cinnamon pie. In the "Dual Spires" episode, Shawn and Gus are obsessed with slices of cinnamon pie served up at the local Sawmill Diner. The whole episode is an homage to/spoof of the Twin Peaks television series. (I haven't seen it, have you?)

If you watch or have watched this episode of Psych, you may understand where I'm coming from. Shawn and Gus are captivated with their first bites of the humble-looking cinnamon pie. And they continue to eat cinnamon pie throughout the entire episode!

With this fictional pie in mind, I created a version that is perfect any time of the year, and especially on a hot summer day - because it's a no-bake pie. It's a Cinnamon Blueberry Icebox Pie.

A heap of cinnamon is combined with rich vanilla pudding, and layered over a gingersnap crust. This pie includes some of my Easy Blueberry Sauce.

Blueberries and cinnamon complement each other so nicely - you will often find the two together in blueberry muffins, pancakes or pies!

Making this no-bake pie means you can prep it in advance, and have a dessert waiting and ready to whisk from the fridge and slice up for your hungry fans.

And I hope they are as taken with this Cinnamon Blueberry Icebox Pie as Shawn and Gus were with their slices!

🔪 How to make this pie

Grind gingersnap cookies into fine crumbs and combine them with butter. Press this mixture into a pie plate to make the pie crust.

Whip cream and sugar in a chilled bowl until peaks form. Next, make the instant pudding. Combine the pudding with some of the whipped cream and some cinnamon.

Step 3: Assemble the pie and chill it

Fill the pie crust with layers of Easy Blueberry Sauce and the pudding-whipped cream mixture. Cover it with plastic and refrigerate it overnight.

Top the chilled pie with gingersnap crumbs and fresh blueberries. Slice it up and serve!

The recipe is below, and here are a few other icebox treats to try on a hot day:

Lime In The Coconut Icebox Cake
A cool, creamy make-ahead and no-bake dessert with the flavors of fresh lime, coconut and chocolate!
Take me there 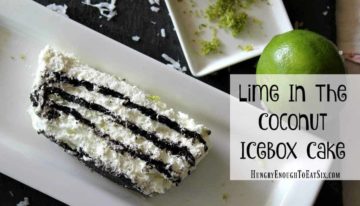 Maple Black Raspberry Mini Icebox Cakes
These miniature icebox cakes have flavors of Vermont maple, black raspberry, and sugar cone! It's one of my favorite creemee flavors!
Take me there 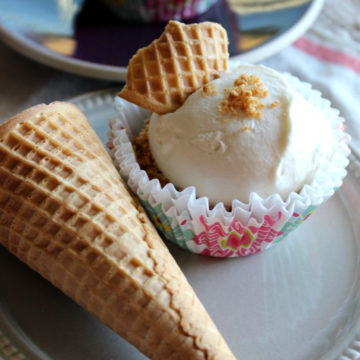 Honey Cream Blackberry Icebox Cake
A perfect summertime icebox cake with fresh blackberries and fragrant honey. Your oven will stay off and your kitchen cool while you slice up and enjoy this creamy dessert!
Take me there 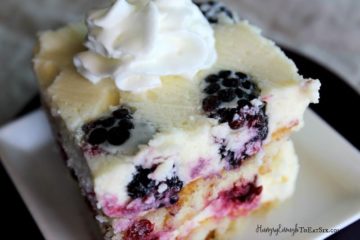 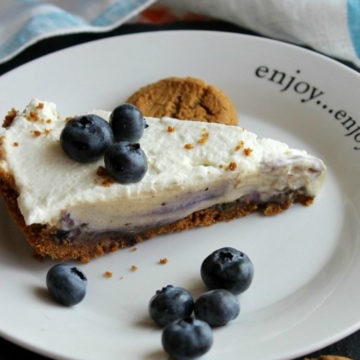 Nancy Mock
This a cool and creamy icebox pie with the flavor of cinnamon and summer blueberries. And the best thing about it is it's a no-bake treat perfect for warm-weather days!
5 from 5 votes. Tap stars to vote
Print it! Pin This Recipe
Prep Time 1 hr
Chilling Time 8 hrs
Total Time 9 hrs
Course Chilled Dessert, Dessert, Pies/Tarts
Servings 8 servings