The final stop of our week in Ireland was Bunratty (Bun na Raite) and as a grand finale to our trip we had a very medieval evening at Bunratty Castle. My recipe in this post, inspired by dinner in Bunratty is Curried Parsnip & Vegetable Soup!

After spending the afternoon shopping, getting tattooed (my sister did that!) and having some toasties in Limerick we drove to Bunratty. Our mom chose this B&B location strategically, as it’s only a 15 minute drive away from Shannon International Airport where we needed to be early the next morning.

The attraction all our Ireland books listed for Bunratty was the 15th century Bunratty Castle, so we figured we would check that out… somehow by this point in our trip we had not yet set foot in an Irish castle! There was only one problem – the castle tour closed at 4:00 pm and we realized we’d be cutting it very close after our late departure from Limerick.

We sped along to Bunratty and went straight to the castle. Once inside the imposing structure the guide at the desk confirmed that sadly the castle grounds were closing. But what she did have to offer us were seats at the Medieval Banquet, to be held inside the castle later than evening, which I recalled was mentioned in my Rick Steves guide.

Since we didn’t have any dinner plans and the idea of sticking close by was appealing (our B&B was just down the road) we said, “Why not!” After we got our tickets the guide let us wander the grounds of the castle even though it was closing up.

It’s set up like a small theme park of a 19th century village around the castle, with shops on the main street, livestock, homes, and walled gardens.

but we just settled for peeking into windows.

We did find one errant little pygmy goat that had escaped his pen (the goats are contained by a low, stone wall so this must happen pretty often!) and he followed us around for a bit. At one point he hopped up on the stone wall of the goat pen and I was able to (very gently) nudge him back in!

After touring the grounds we had time to head to the Dunaree B&B, just a stone’s throw down the road. It is a very cheerful and comfortable home, and the owners Penny and Kevin were very sweet and kind. (It seems everyone we met in Ireland fit this description!) Our time before dinner was spent on the tricky and frustrating task of fitting all our stuff into our suitcases. (This is where I regretted not shipping all my Irish wool sweaters when I bought them in Inishmore!)

The hurleys we bought in Limerick were particularly challenging: too long to fit in our suitcases, we discovered. In a panic I called American Airlines and a representative with a thick French accent said they’d be fine to go on the plane as carry-ons. I trusted him on that, even though it sounded too good to be true… (A little foreshadowing here.)

Once back at the castle for dinner, we joined a hundred or so guests strolling in through the gates. Music grew louder as we approached the courtyard, and soon a kilted bagpiper came into view. He played under a tall arch cut into the side of the castle and the music reverberated off the stone walls, filling the air. Have a listen!

Talk about setting the mood! I had never been to a medieval-themed dinner before though I know there are dinner-theater restaurants like that around. (My sister reminded me of the scene in Cable Guy. “There were no utensils in medieval times, hence there are no utensils at Medieval Times.”)

But I am willing to bet that this dinner was way more authentic, considering it was happening at a 15th century Irish castle!

A steep and winding staircase led us into the Great Hall, a vast space with white-washed walls, a vaulted ceiling with dark wood timbers, and carved figureheads at the base of the beams.

600-year old tapestries were hung along the walls.

Upon entering the hall we were given small vessels of mead by the ladies of the manor.

All of the men and women there were dressed in period garb – long gowns and headresses for the women, colorful tunics and stockings for men. We stood along the perimeter of the hall listening to a violin and harp performance in the center of the room.

After a greeting and song here we were led into the Main Guard, a cozy space with a Minstrel’s Galley, dimly lit with tall candles on long tables where we would soon begin our feast!

There were red and white wines on the table (“jugs on the table full to the brim”, as one of the songs goes!) and we were shoulder to shoulder with the folks around us – which made it very easy to keep the wine flowing into everyone’s cups! I met Teresa and Pat from Binghamton, New York who were visiting Ireland with their brother. Across from my mother and sister were a couple from Toronto, and unfortunately I could not hear their names over the boisterous, wine-fueled conversation in the room.

This Canadian husband and wife were funny though – when they learned I would be writing about the trip the wife stole my camera from me to snap photos as I ate! And speaking of eating…

Our first course at the banquet was a spicy, pureed vegetable soup. No spoons of course, we just had to drink it! It was very tasty, with a fair amount of heat from curry in the broth. Our second course was a huge platter of sumptuous, sticky, heavily sauced spareribs. We did get a utensil for the ribs – a dagger! We got very barbaric gnawing on the ribs and licking our fingers, chucking the bones into a large bowl.

The third course was a more civilized platter of pan-fried chicken, steamed veggies, and roasted baby potatoes. All through dinner the lords and ladies entertained us with the tale of a “scoundrel” in our midst (a poor guy plucked from the audience) who was accused of getting frisky with the ladies and sent to the dungeon! (He was later forced to humiliate himself by singing a Taylor Swift song for the room and was then forgiven.)

During our dessert course we were treated to beautiful minstrel ballads and a rousing tune from the violinist that had us all clapping in time as he moved around the room.

Our dessert served in individual ramekins (we had spoons for this one) consisted of a crunchy, spiced cookie base topped with tender, cooked apples and then a layer of cheesecake. Here is a snippet of one of the sweet folk songs we heard during dessert.

The evening was so much fun, such a merry way to end our Ireland trip.

Beautiful music, amazing food, the intimate and enchanting atmosphere of the castle and entertainment courtesy of its lords and ladies. Completely unplanned and unanticipated which made it even more exciting and special!

The next morning saw us up early and our Dunaree host Penny quickly cooked up an early breakfast for us before we set off to Shannon Airport. We walked through the airport pushing a trolley of suitcases and with hurleys in our hands, and caught the surprised stares of people around us (those hurleys are a little startling, I admit.) 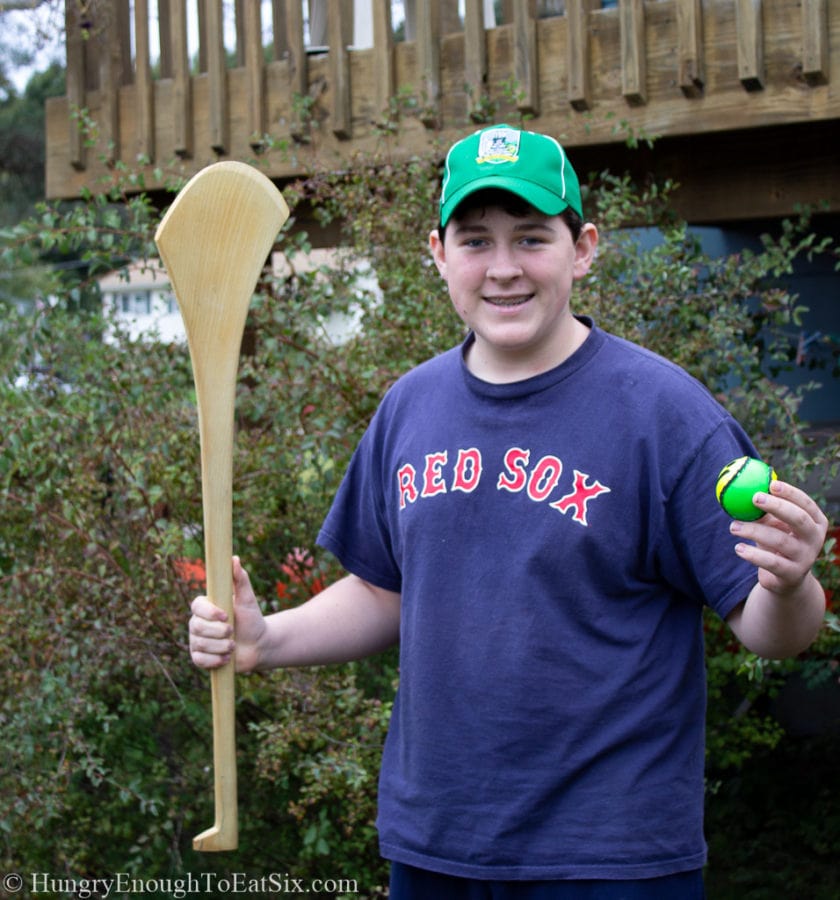 I began to grow uneasy about presenting them for judgment at the ticket counter. Sure enough when we tried to check in the American Airlines manager flatly told us that we could not carry them on our flight. And he didn’t care what we had been told on the phone. “They’re weapons!”, he snorted. We were left frantically reviewing our options, which seemed to be only two: leave the hurleys in Ireland or pay an arm and a leg to “check” them as additional luggage.

Finally one sympathetic AA attendant suggested we just zip them into our suitcases with the handles sticking out. I couldn’t believe the airline would even let us check a bag with a foot of wooden handle poking out, but we had no other choice. We watched our hurley-handled bags ride away on the conveyor, feeling very pessimistic about the chances that the sticks would survive the trip back to the states.

The flights were fine, though we felt melancholy as we watched Ireland disappear behind us through the tiny window. I should have slept during the long first flight but instead watched Avengers: Infinity War and the mindless shows that followed, like Jay Leno’s Garage and Top Chef Junior.

After about 12 hours of flights and airports, we were back in Albany, New York. As we dragged our suitcases off the conveyor in the baggage claim area we were thrilled to find that our hurleys were intact! We were also not terribly surprised to learn that the suitcases holding them had been searched by TSA officials. (“Weapons!”) Oh well. They didn’t steal any of my Irish candy bars, wool sweaters or my jar of whiskey jam so it’s cool. Exhausted, we found our way back to our car and tried to re-acclimate to driving on the right side of the road!

It’s not easy for me to tidily sum up this trip that has taken five posts and over 7,000 words to share. But I will try: it was incredible, beautiful, and life-changing. Ireland is just as gorgeous and breath-taking as you have heard it is, and the folks we met from Donegal to Dingle to Dublin treated us like family.

We saw and experienced so much, and yet there is so much more that we could fill weeks upon weeks with more excursions and exploration.

If you have the chance to go to Ireland seize it, and I hope you are lucky enough to go with folks who love you and trust you enough to let you try driving there! 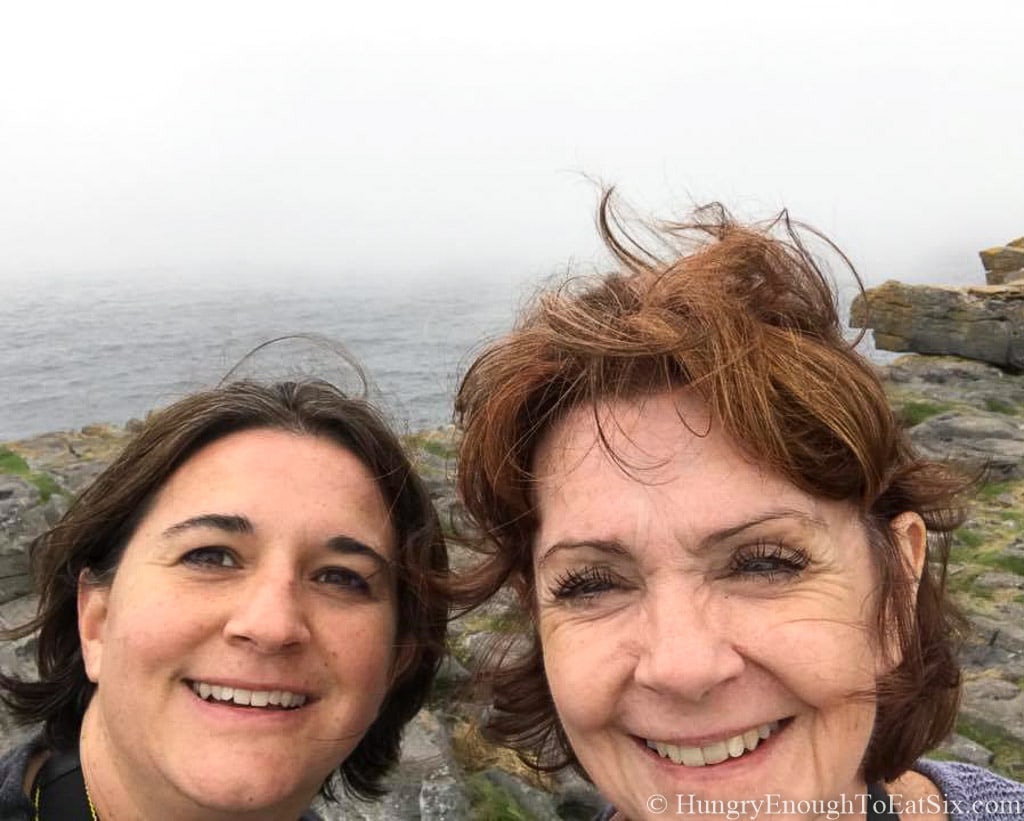 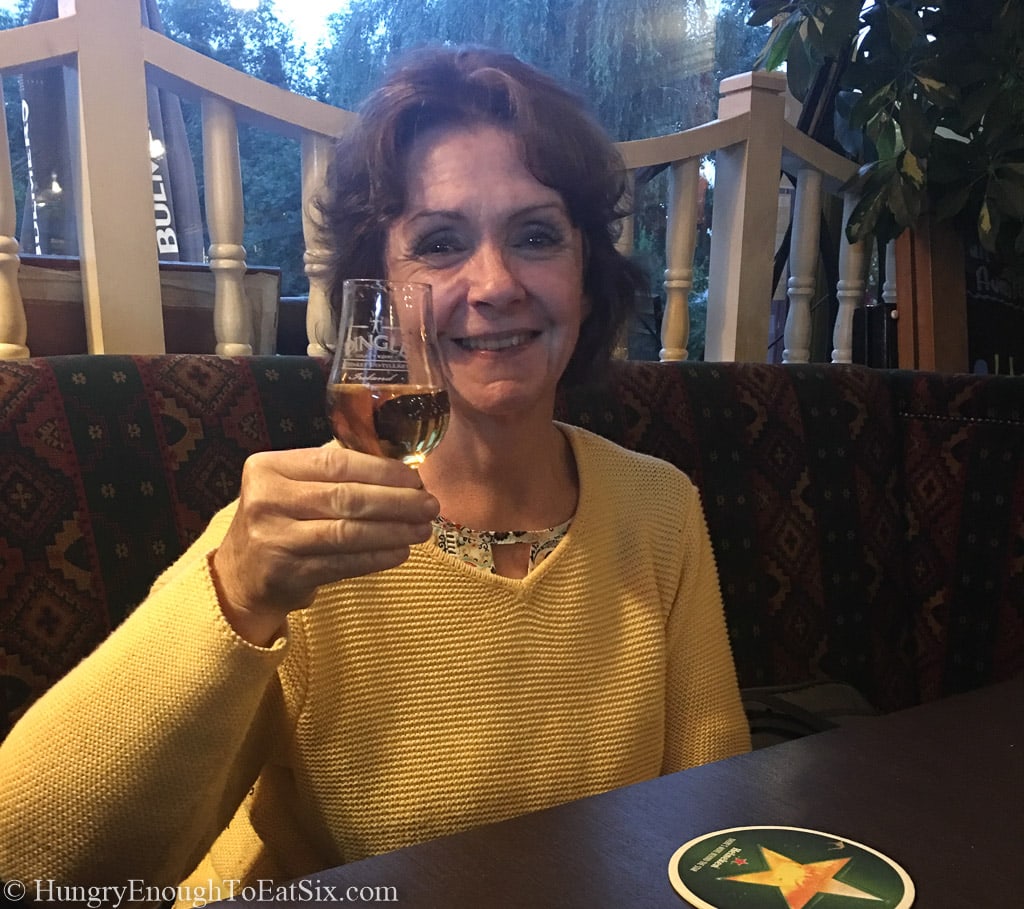 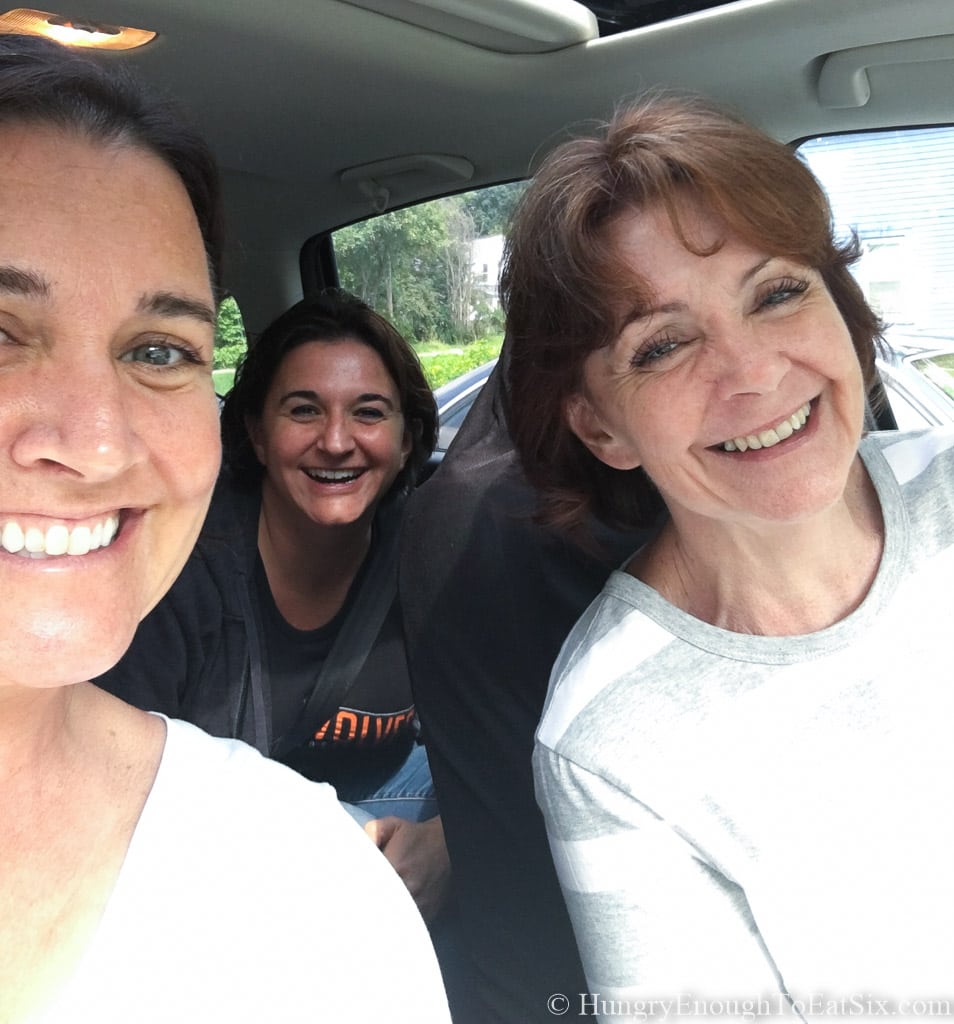 The time I spent with my mom and little sister…I absolutely loved it, and I will always cherish the memories we made! ♥

My Ireland-inspired recipe for this post is a yummy and warming Curried Parsnip & Vegetable Soup, made from memories of that spicy soup we sipped at Bunratty Castle!

The recipe is below, and here are the other stops we made in – and food inspired by Ireland! 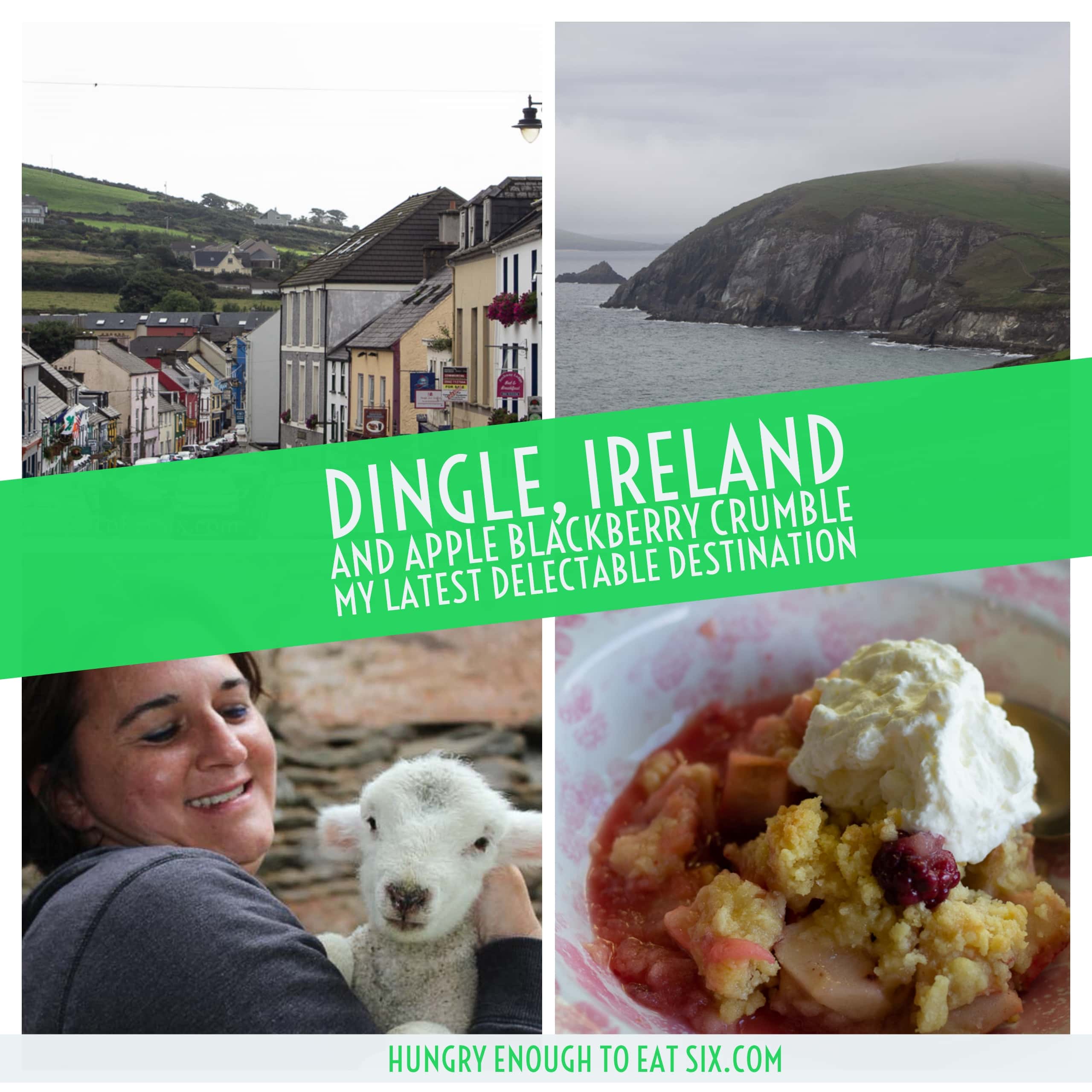 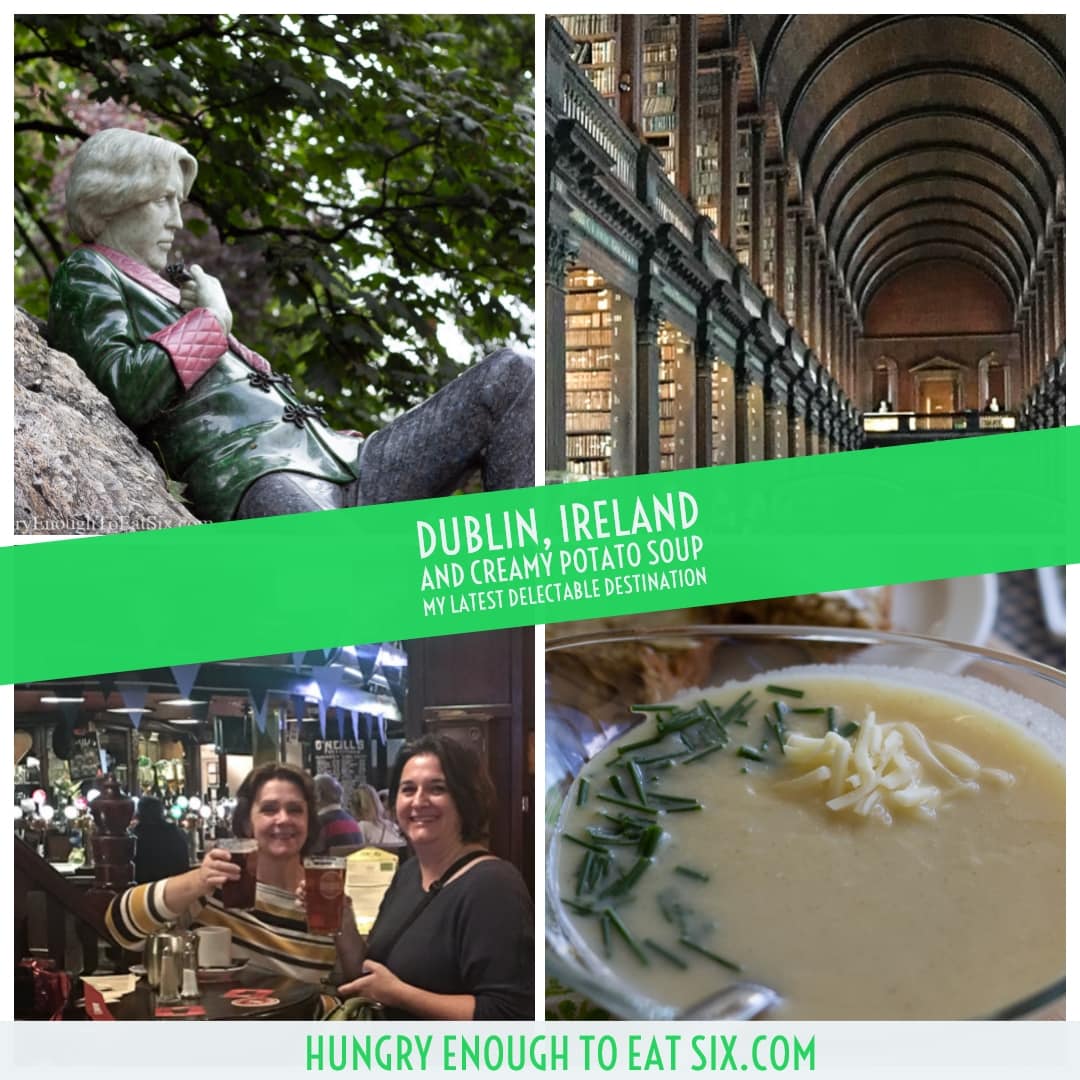 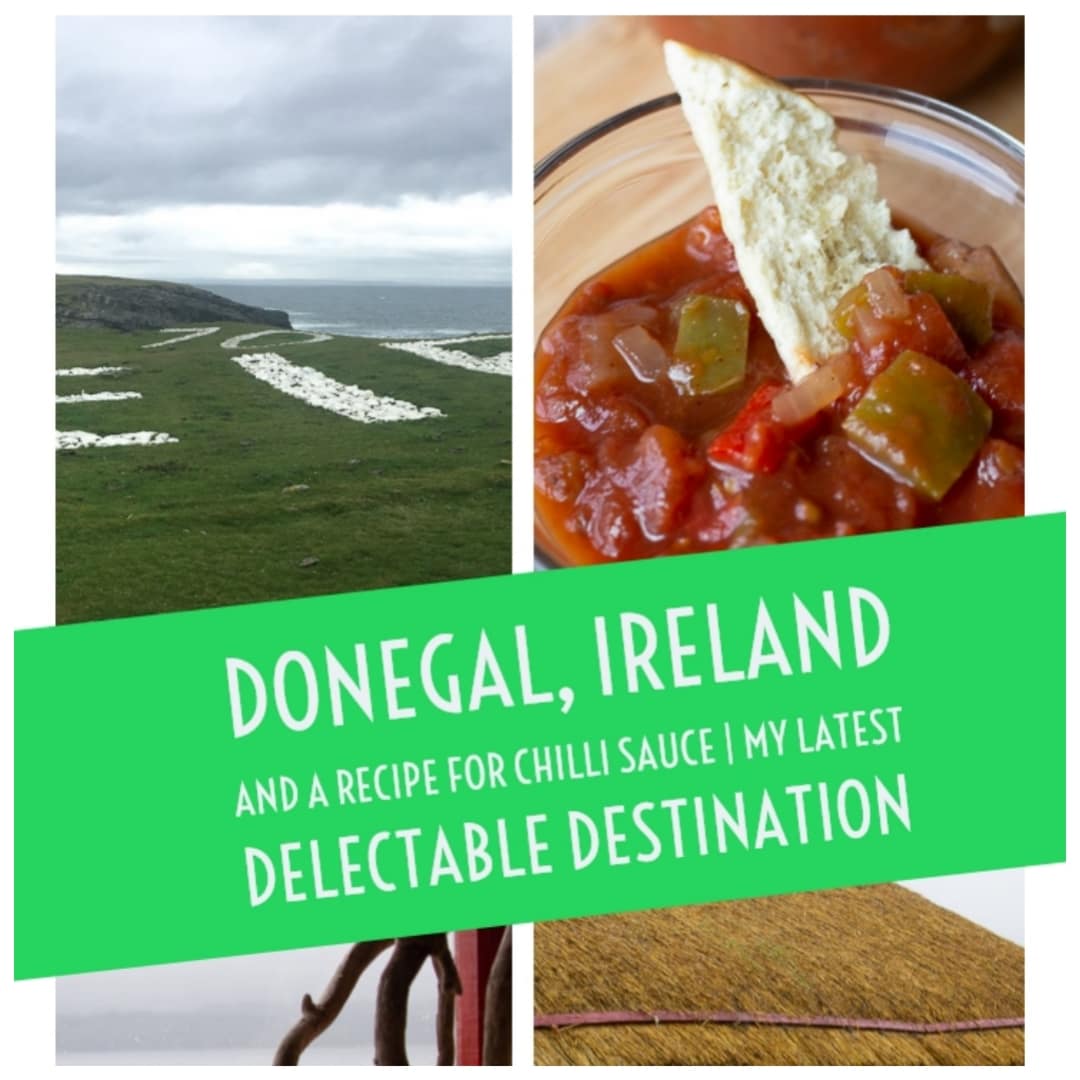 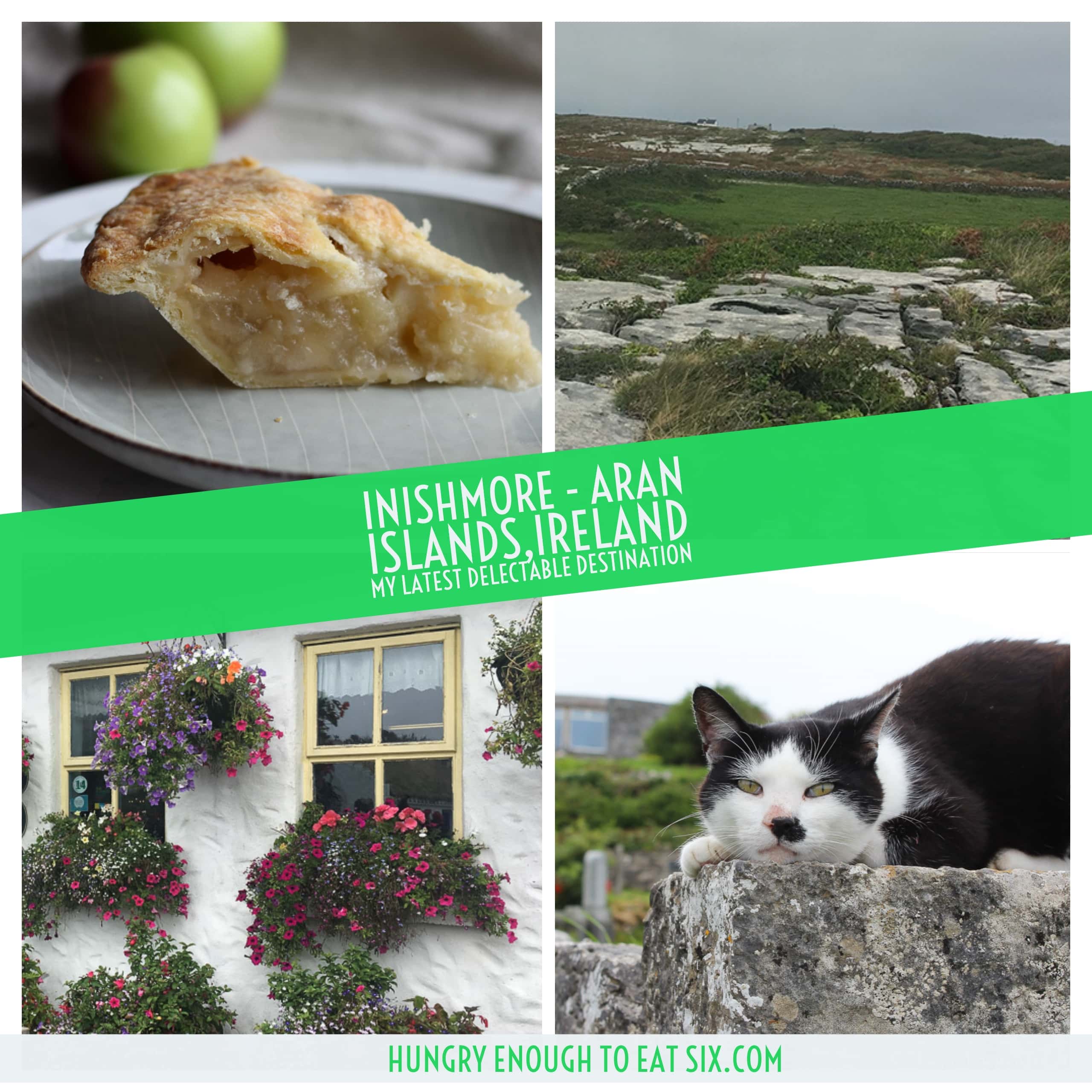 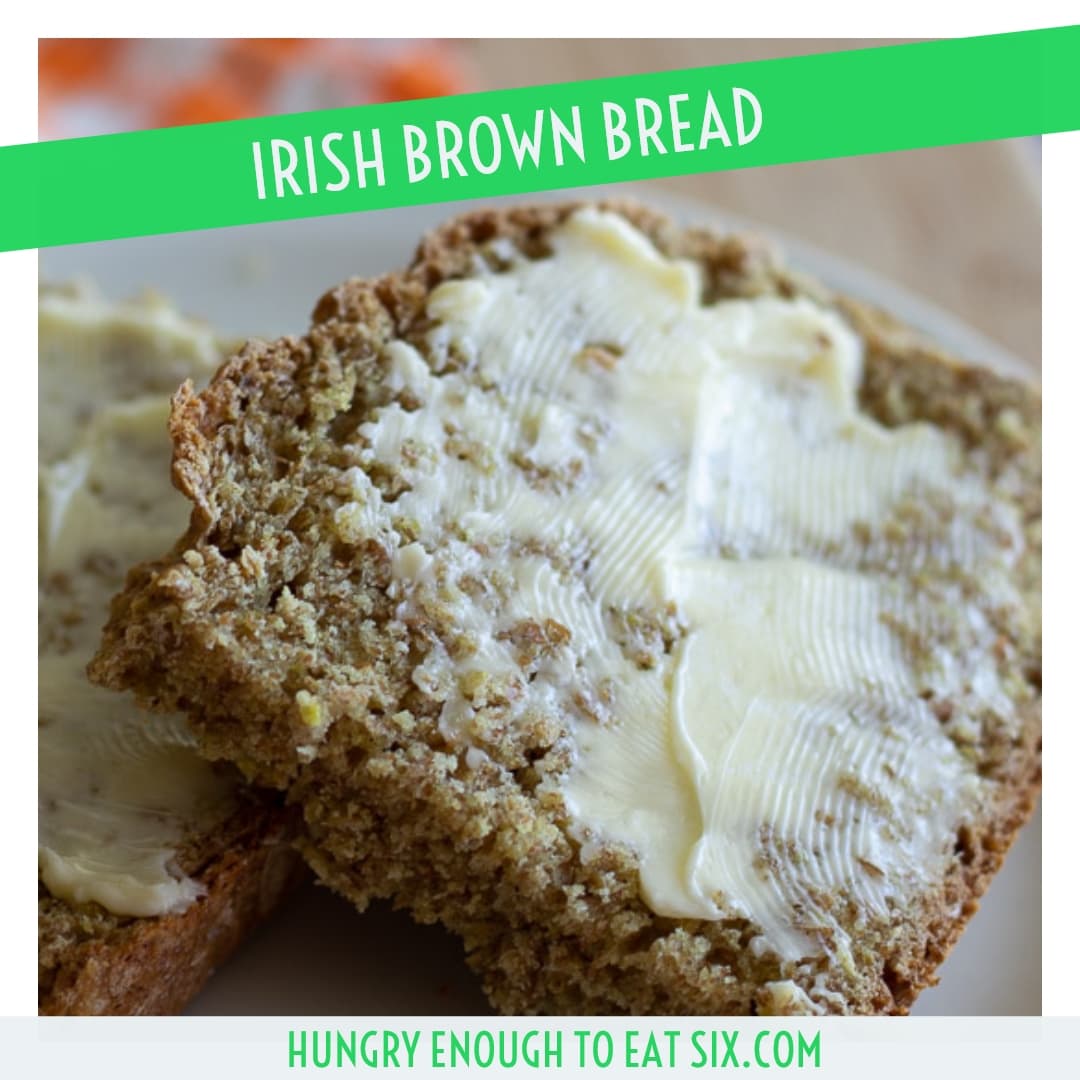 Create, Be Curious, Celebrate… with Food!

My Ireland posts are dedicated to my mom Kathy and sister Melissa. I loved our time together in Ireland and I love you both!

What did you think of this Curried Parsnip & Vegetable Soup recipe? Please click the stars at the top of the recipe to rate it and leave a comment for me below! 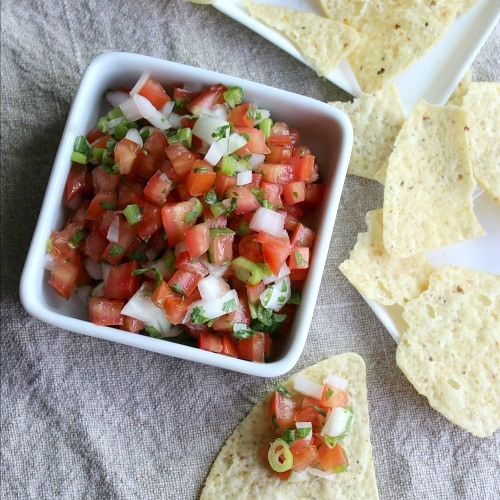 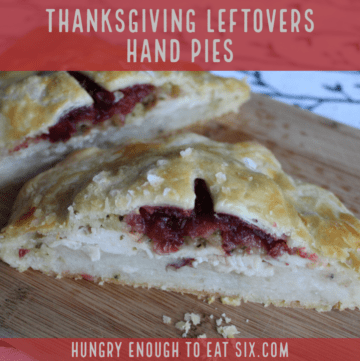 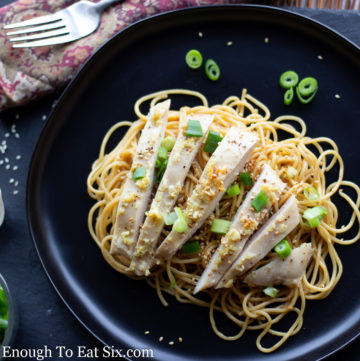 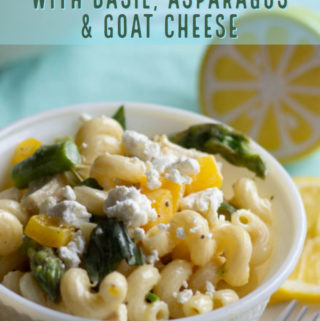 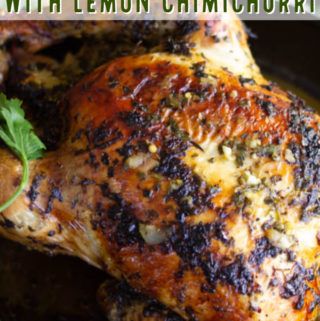 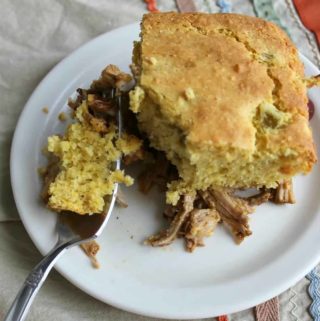