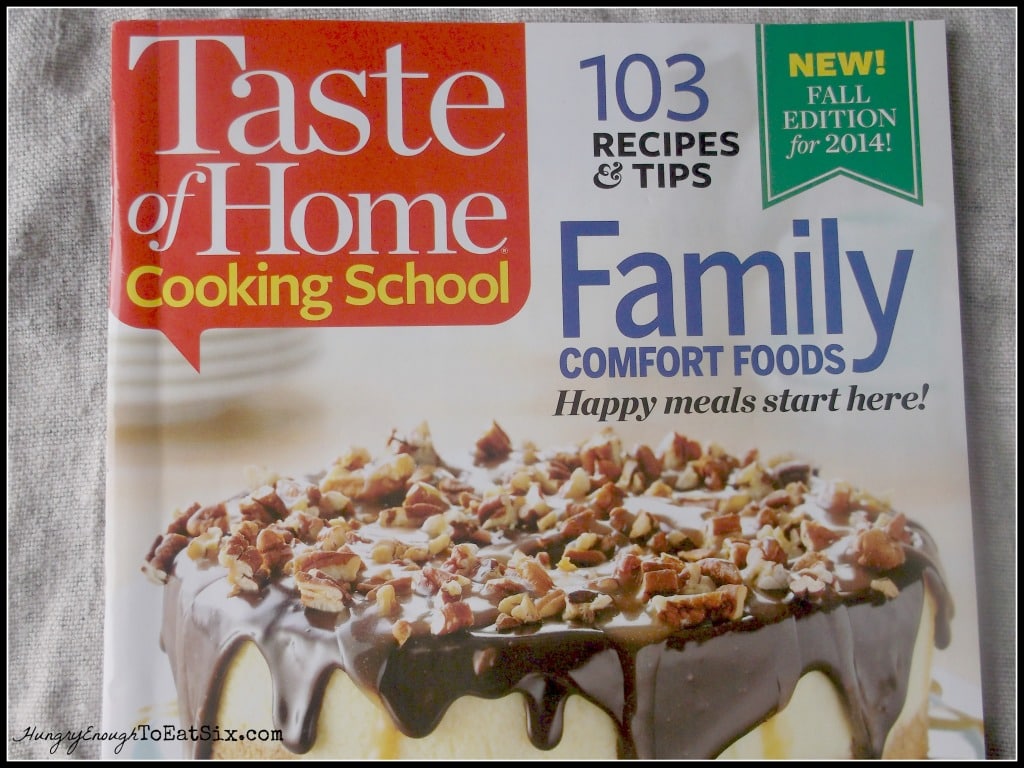 I recently volunteered at a Taste Of Home Cooking School held across the lake in Plattsburgh, NY. These cooking shows take place all over the country. They are hosted by Taste of Home Culinary Specialists who log in thousands of miles each year traveling from show to show. I helped at a show last year in Barre, VT with Chef Michael Barna. This year's show was headed by Chef Eric Villegas and took place at The Crete Civic Center. 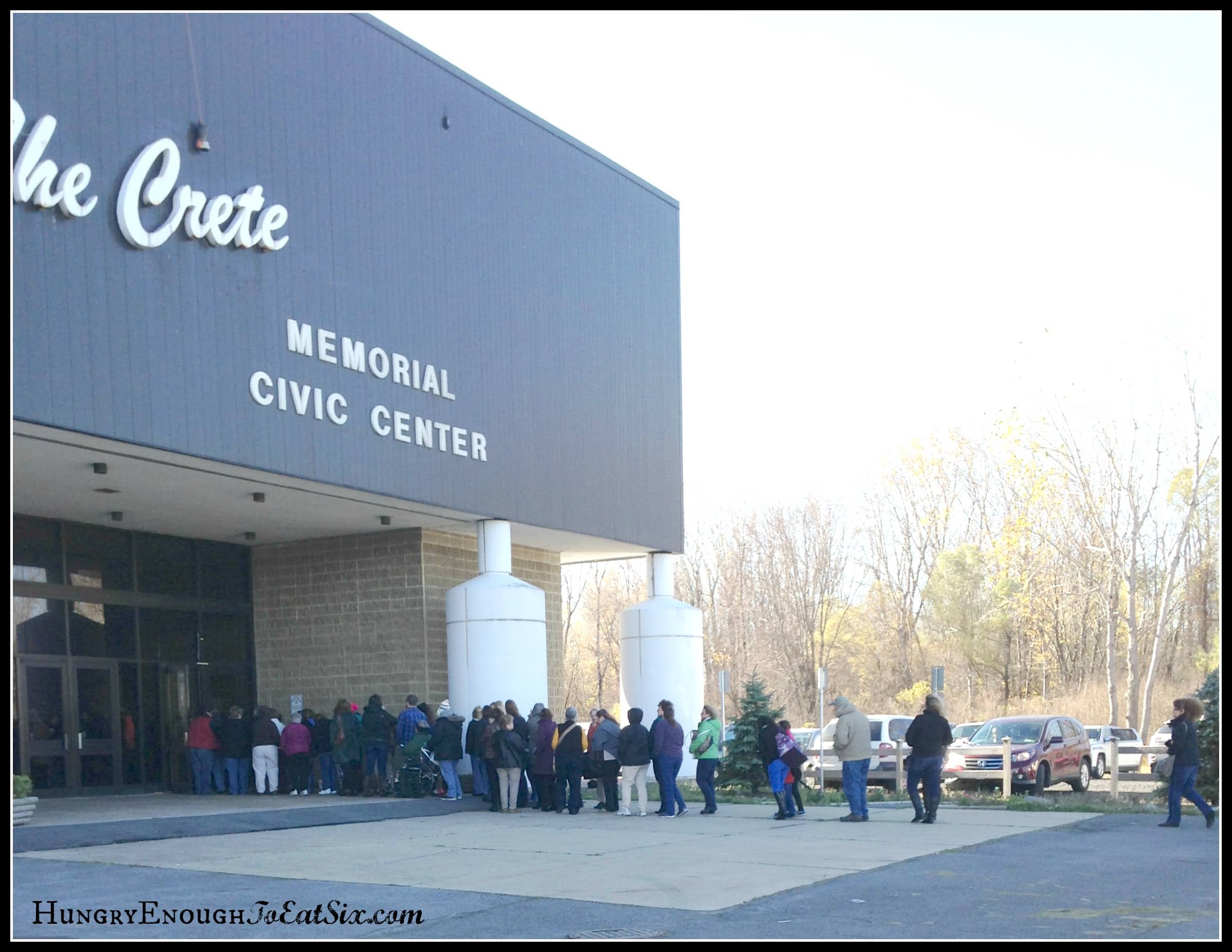 When I pulled into the parking lot at 11:00 am there was already a huge line at the front door - for a scheduled start time of 2:00 pm! Inside the huge space were dozens of vendors and local businesses selling food, crafts, books, and more.

It was instantly bustling. 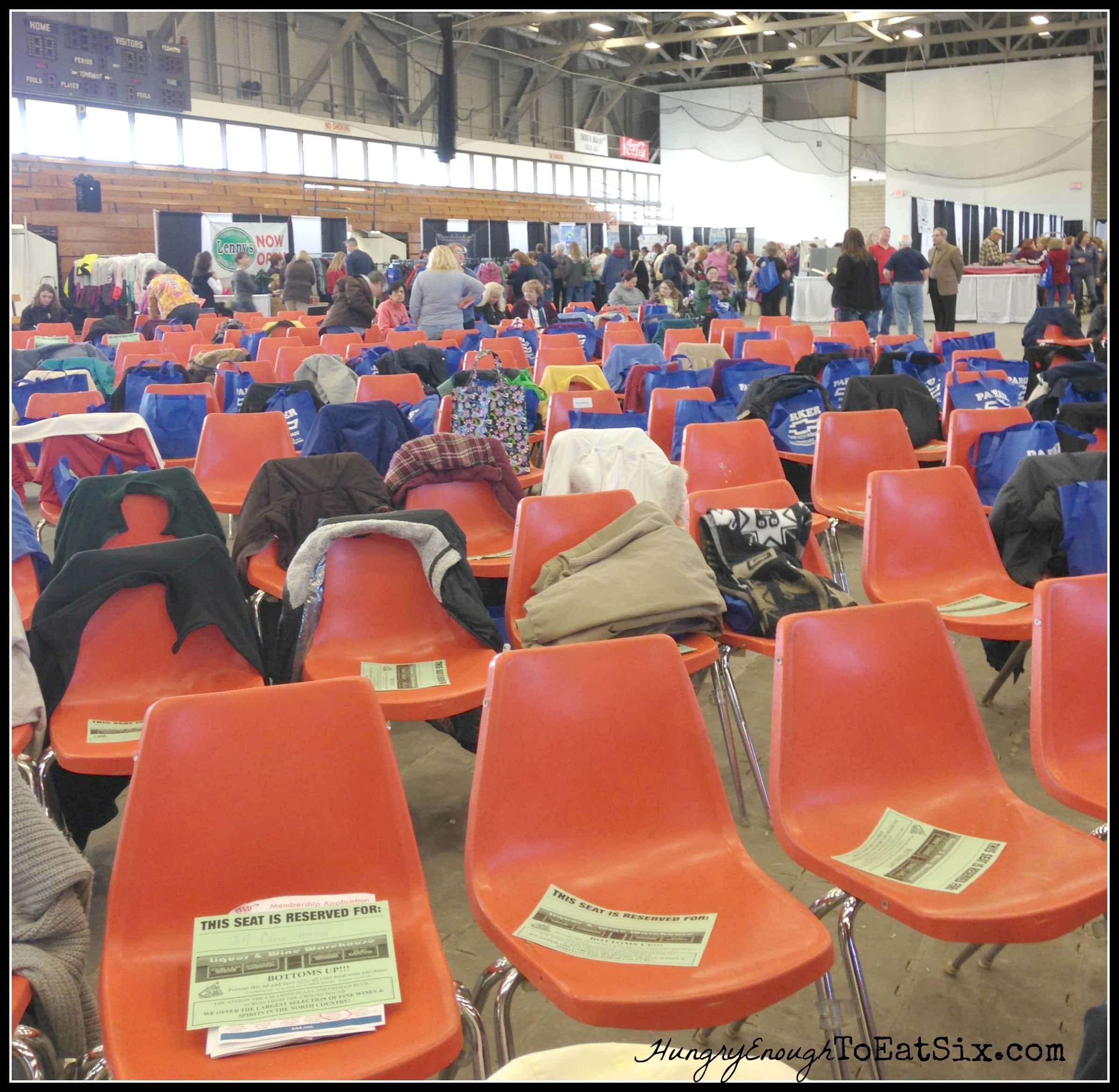 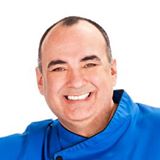 Chef Eric arrived shortly after I did. What a funny, friendly, and laid back guy! 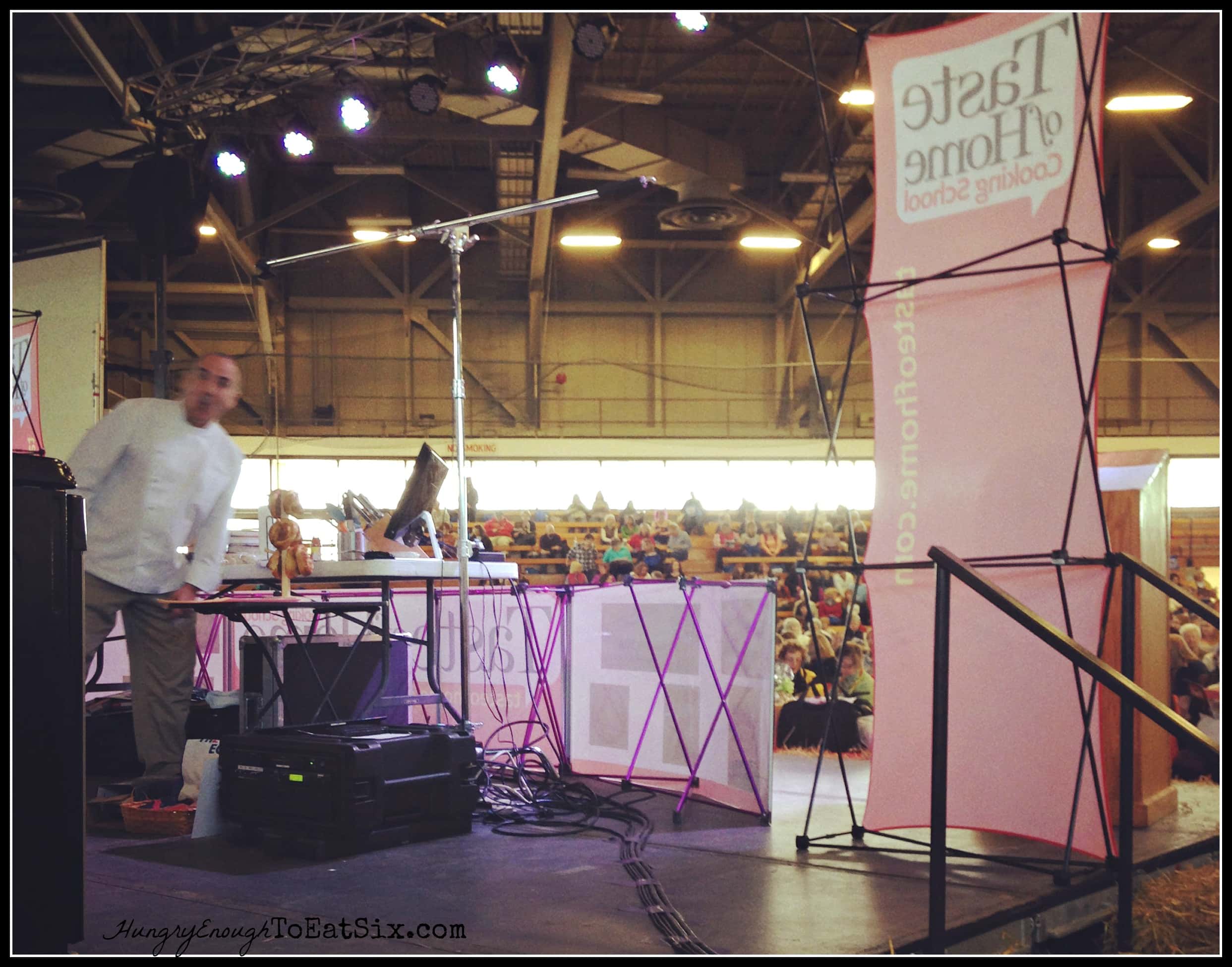 I heard him casually share at least three 'Ghostbusters' quotes in casual conversation (he had me instantly.) He also told stories about Kid Rock (they're from the same part of Michigan, where Kid Rock's wealthy family owns several car dealerships) and Geraldine Ferraro

(Eric helped prepare food for the 1984 Democratic National Convention, and Ferraro gave him a hard time about his mushroom risotto!) 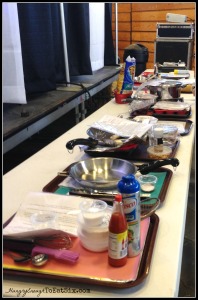 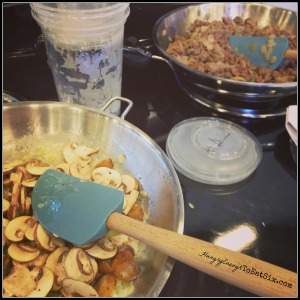 His jokes, warmth and enthusiasm made for a very relaxed atmosphere as we went over our roles, the food, the recipes, and how everything would proceed onstage. 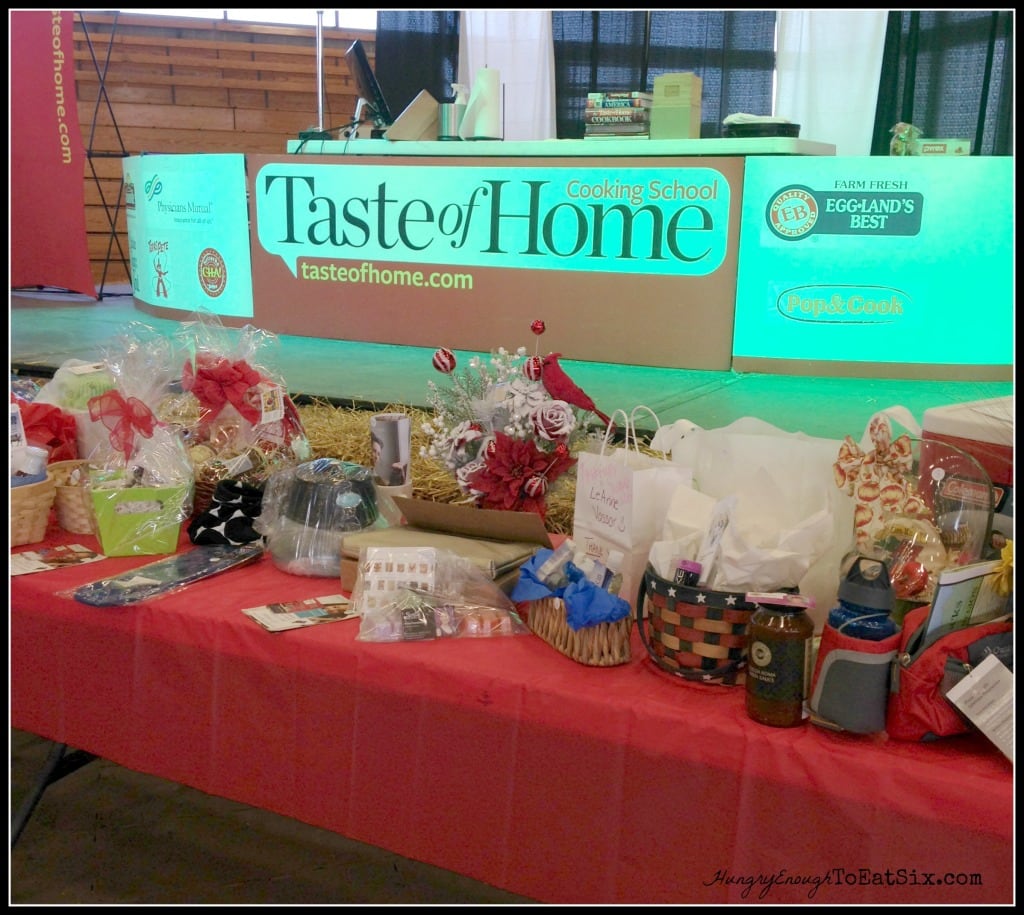 He stressed the importance of NOT stressing if mistakes happened. He said, "The audience loves it when we mess up. "

And "It's my job to turn mistakes into entertainment!" 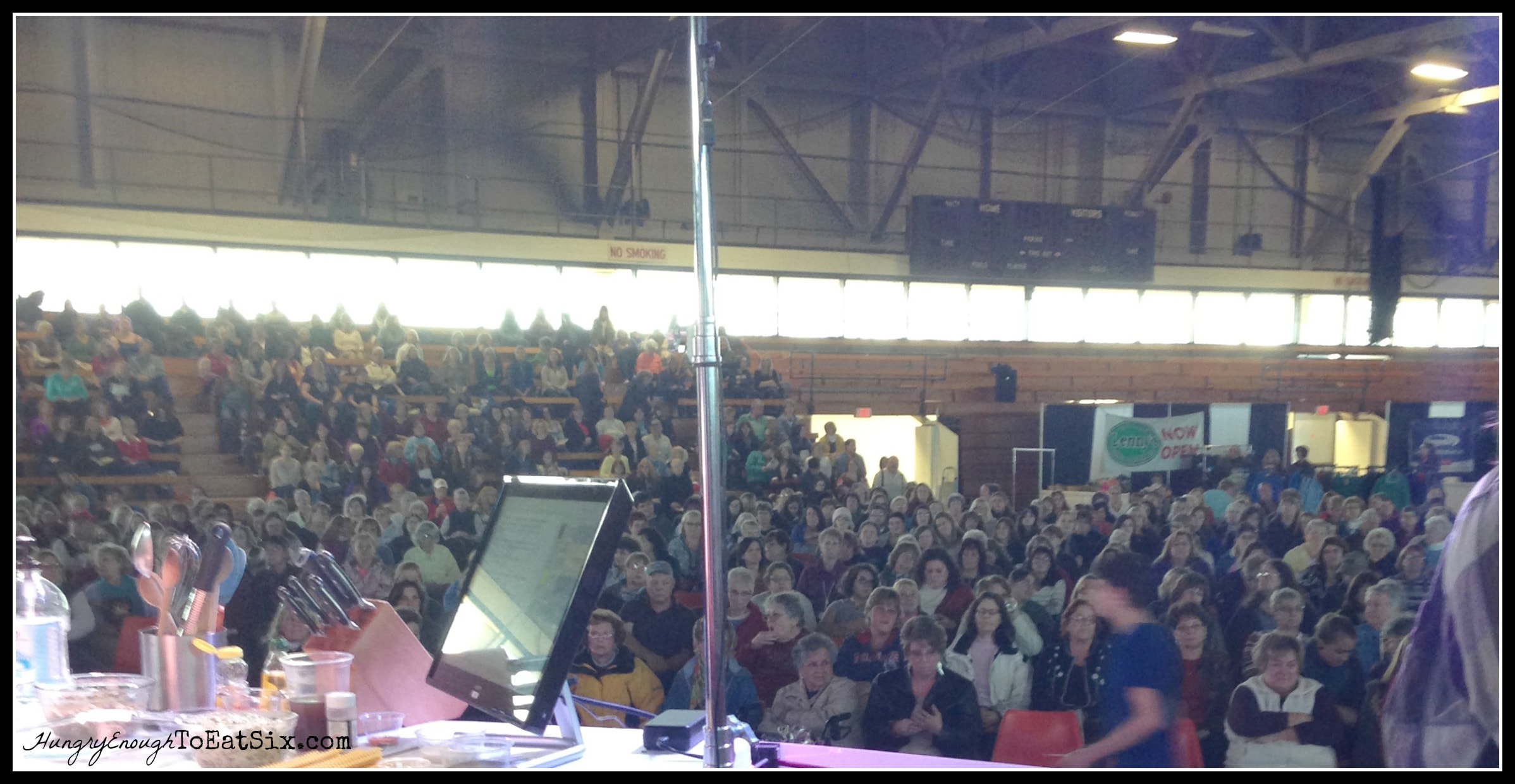 As the show began I was amazed to see the size of the audience filling the chairs and bleachers - over 900 attendees! Chef Eric took the audience through ten complete recipes showing the preparation and sharing tips. 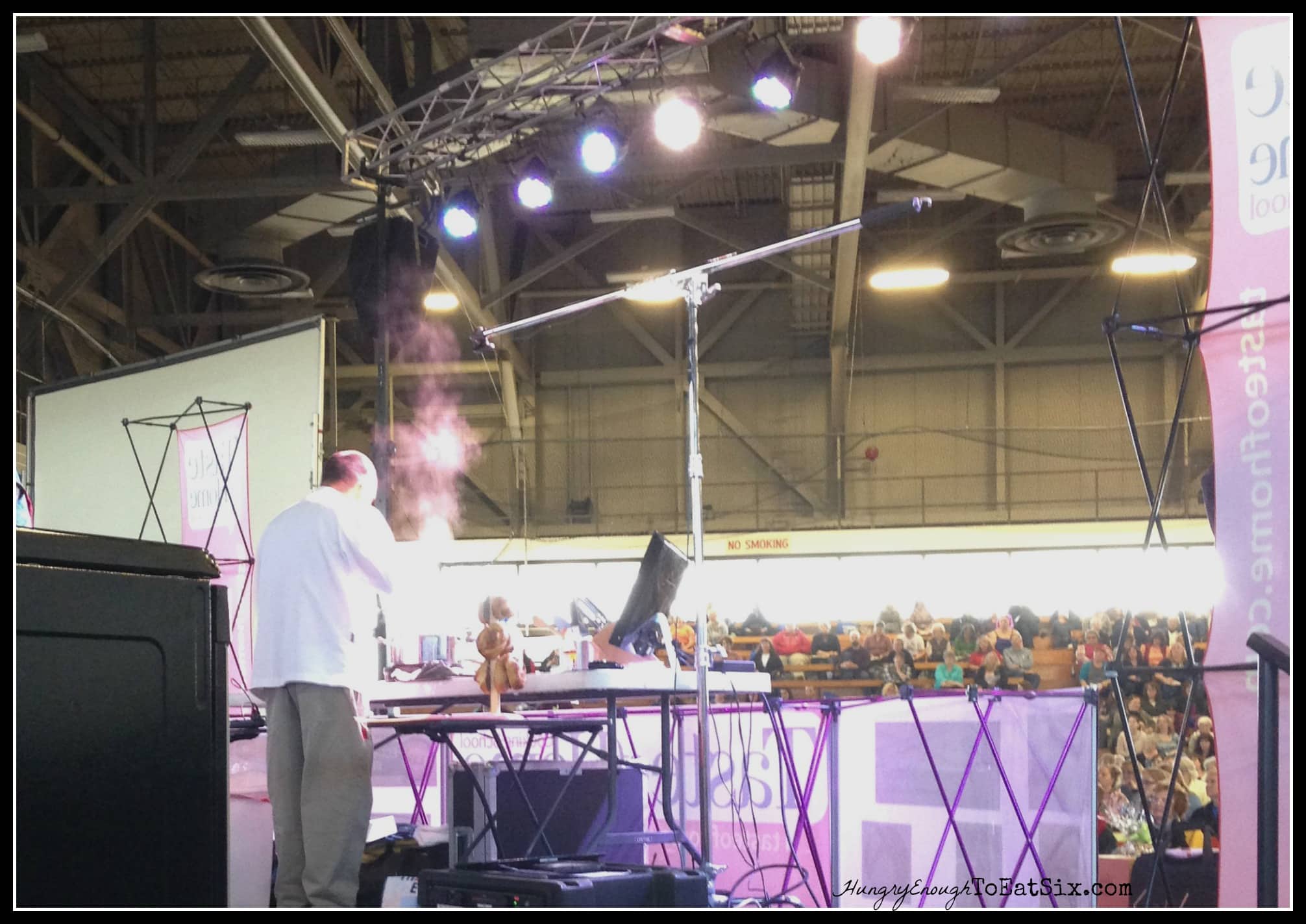 The other volunteers and I took turns helping onstage to whisk dishes on and off, or to help finish off a recipe so he could step aside to do a promotion.

While I was onstage to help with Baked Shepherd's Casserole, he graciously introduced me as a Taste of Home Field Editor and shared with the audience that I have had a recipe published in the magazine.

Like I said, he is such a nice guy! And I was tickled to hear my name shouted from the audience. (My friend Wendy, as I later found out!)

Here are the 10 recipes he demonstrated for the audience (I only had a chance to snap pictures of two of them:) 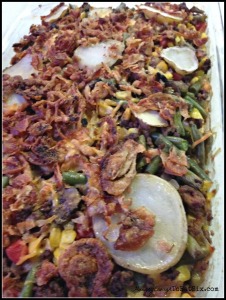 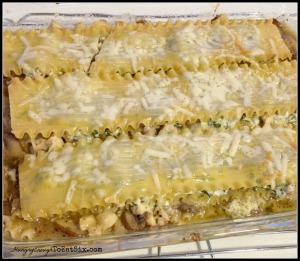 If you ever have one of these shows come to your area I strongly recommend attending, and if possible help with the show!

You leave with a bag full of coupons and samples. There are tons of great giveaways, including all of the dishes that are prepped onstage (along with the beautiful serving pieces they are displayed on!) 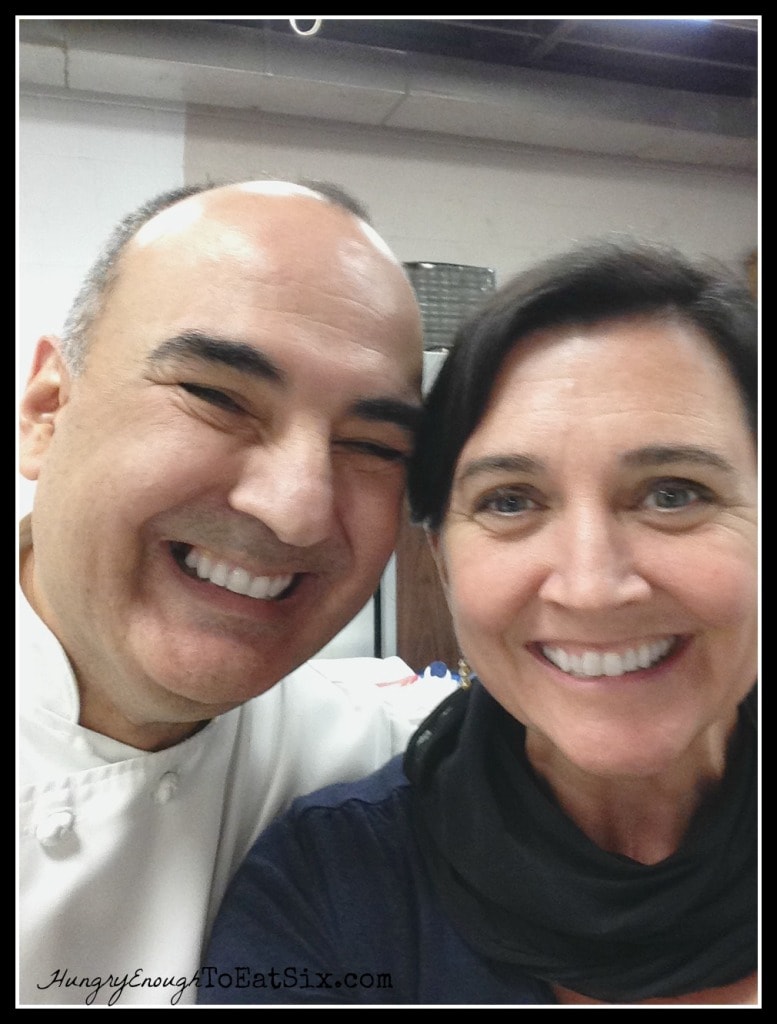 It was a tiring but hugely rewarding experience!