For my birthday this year my kids gave me this book: Grand Forks: A History of American Dining in 128 Reviews by Marilyn Hagerty. They discovered it in a small bookstore in downtown Burlington and recognized Anthony Bourdain's name on the cover (he wrote the foreword and the book was published under his imprint, Ecco Press) as an author/chef that I've read before.

After a straightforward and positive review of a local Olive Garden, Hagerty was mocked in snarky tweets and Facebook posts. People made fun of her quiet praise of the new franchise in her town, and from there they moved on to tear into some of her other local reviews.

Happily, the story does not end here, as a wave of positivity soon overtook the wave of snark. Thousands of people and the media took notice and came to her defense. She landed interviews on The Today Show and NPR. Then Anthony Bourdain, chef and author of Kitchen Confidential, joined in to laud Hagerty's years of local restaurant reviews.

Bourdain arranged for her to dine at Eric Ripert's La Bernardin in New York City, and made plans to work with her on a book—this book! Bourdain said, "This is a straightforward account of what people have been eating-still ARE eating-in much of America."

When I read this book the restaurants she describes made me think of the places where I would eat out with my grandparents or restaurants that our parents would take us to on special occasions. Small, local restaurants that exist for years and years without ever really changing the food or the decor, and locals love them for it. 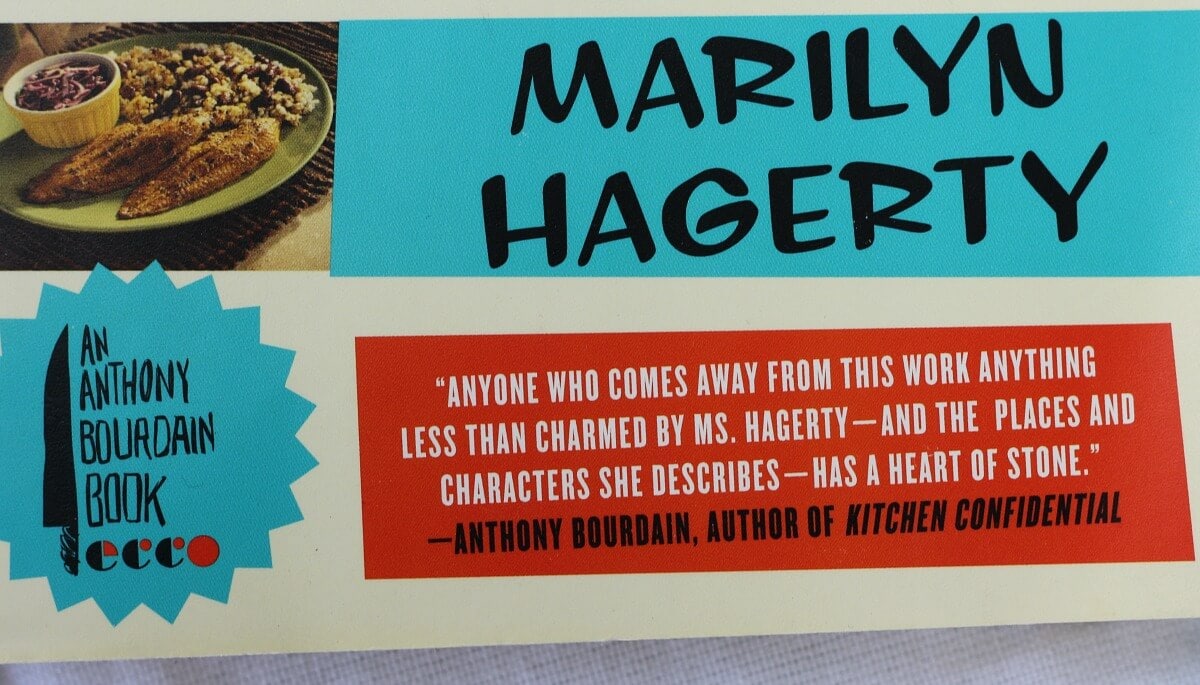 Hagerty wrote about all kinds of local restaurants and their food

Hagerty's reviews in Grand Forks include truck stops, diners, family restaurants, and other chains in the Grand Forks area such as Shakey's, Player's, Dairy Queen, and even McDonald's.

Hagerty's reviews are honest, yet kind. She shares the prices of dishes she tries and a bit of what else is on the menu. She likes to share about the folks with whom she dines: her "constant companion", friends, and children.

Occasionally a review will mention something about a dish or about the establishment that could use a change. There are also one or two dry-humored jabs at misspellings on menus. But she's not out to skewer anyone. "What point, I wonder, is there in tearing down hard-working restaurant people?", Hagerty notes. "And if a place is just too bad, I move on."

In a Wall Street Journal article titled "When Mom Goes Viral" her son James R. Hagerty shared, "If she writes more about the decor than the food, you might want to eat somewhere else." I have eaten in many, many more places like the ones reviewed in Hagerty's book. And the food in these restaurants is good! Filling, comforting, and affordable. A lot like the food I cook at home and the recipes I share on this website. I love good food, and I love to share good food with good people.