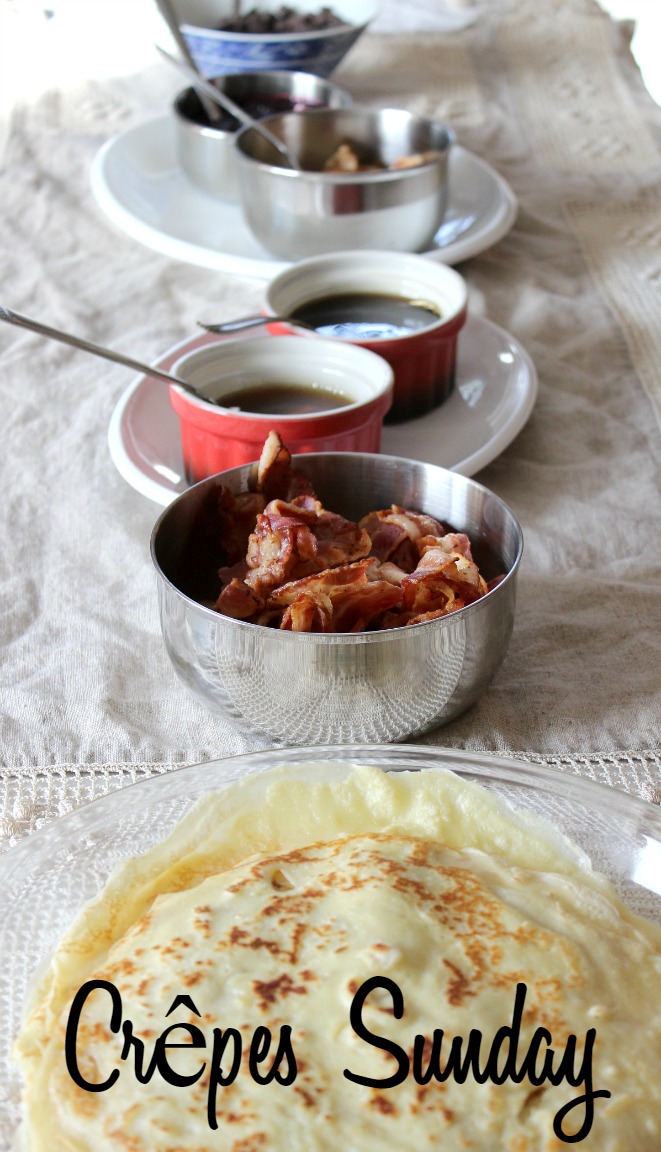 To celebrate a beautiful weekend at home with our daughter before she returned to school, and to try out a new toy for my kitchen we had a Crêpes Sunday. Below are links to a Parisian Crêpes from King Arthur Flour, and to my recipes for two fruit sauces: Blueberry, and Simmered Apple with Cinnamon & Cardamom.

My daughter loves crêpes and got me hooked too. Her preferred fillings of late have been apples with cheddar, or lemon sugar. 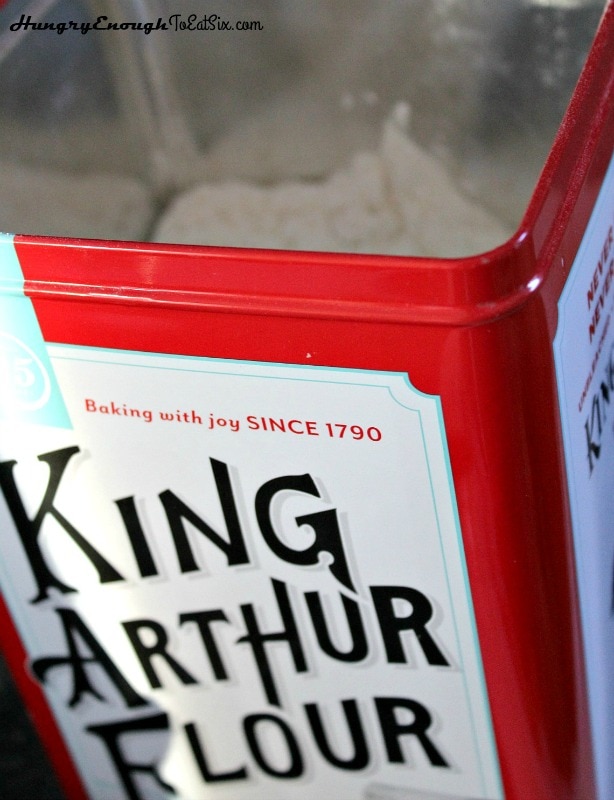 We have made them together a couple of times at home in the largest and flattest skillet we could find (which was not all that flat, nor all that large.) They were thin, delicate, and we enjoyed them simply dressed with drizzles of chocolate sauce and a mound of whipped cream.

For Christmas this year I was blessed with many exciting new kitchen tools and toys. Among them was a beautiful crêpe pan from Mauviel. The pan is flat, simple and shallow. It was also curiously coated in beeswax, which was a first for me. The tag on the pan explained the wax protects the pan prior to purchase from damage and from rust. It also claimed that the wax could be removed by wiping it away under running hot water. This was a bit of an understatement, as it actually took a fair bit of scrubbing and a whole lot of hot water.

The light coming into the kitchen that Sunday morning created such a sense of serenity. It was a bitter, cold day outside, but with the sun streaming all the more intensely into the house, reflecting off the steely, frosty landscape. And all of us cozy inside. 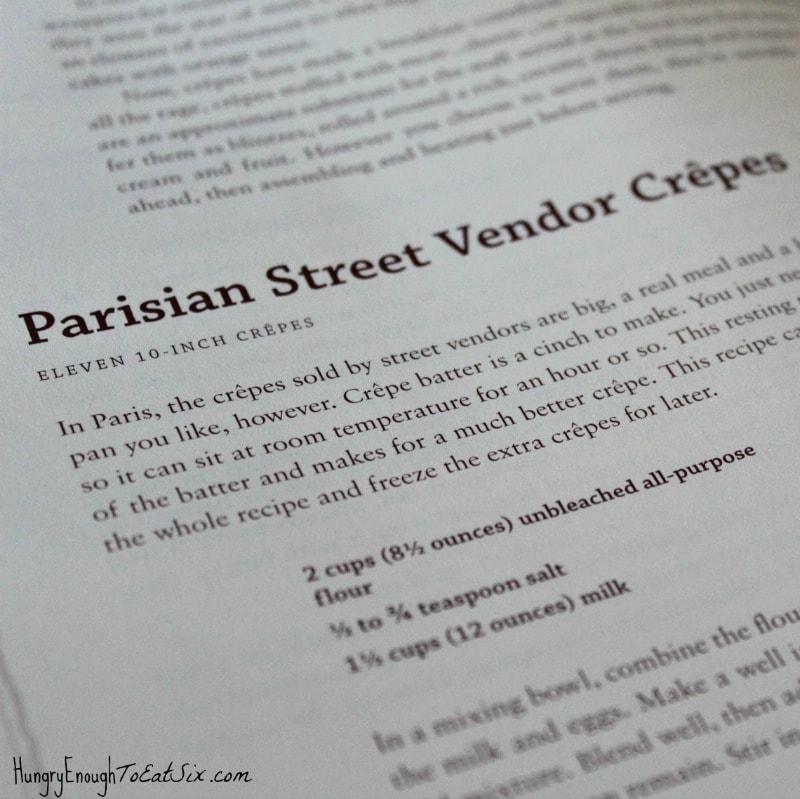 I use the Parisian Crêpes recipe from King Arthur Flour for a thick, eggy batter. The fillings I planned included two fruit sauces: Blueberry, and Simmered Apples with Cinnamon and Cardamom. Additionally I put out Vermont maple syrup, honey, freshly whipped cream, chocolate chips and a big bowl of cooked bacon. I offered to scramble some eggs, but the family was in favor of keeping things sweet (and bacony.) The toppings were spooned into bowls and laid out first, and  I began work on the crêpes. 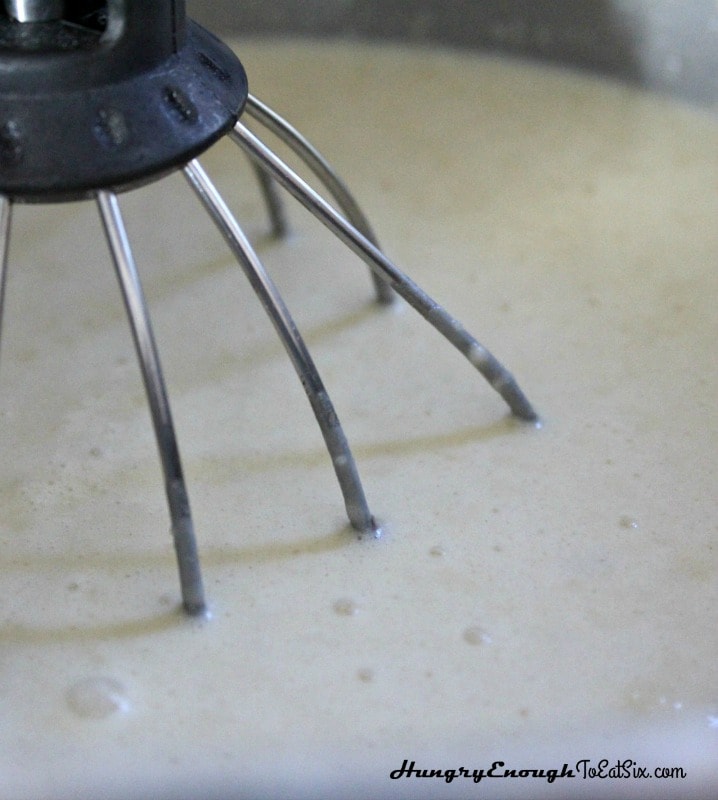 I lost only one. One flop of a crêpe and then I had the hang of it. The crêpes set up perfectly from that flop on. In mere minutes each crêpe was lightly browned on both sides, so thin yet strong enough to peel out of the pan and flip onto the plate. Once the aroma began to waft into the next room folks grew impatient. I was forced to stop halfway through my double batch of batter and let them dig in.

It was a flurry of experimentation and sweet combinations. My son zeroed in on the chocolate chips and whipped cream. My daughter spread the saucy apples over her crêpe, added a drizzle of honey. 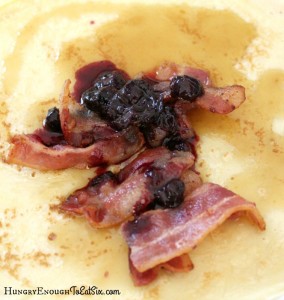 My first crêpe held a puddle of maple, topped with a few slices of bacon and dollop of the syrupy blueberries. The bacon gave bite and a salty smoke under all the sweet. My husband went for the apples, smothering them with maple and whipped cream. 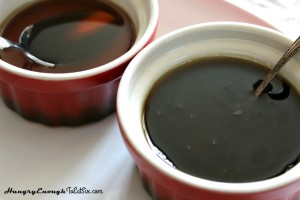 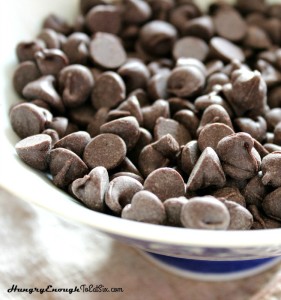 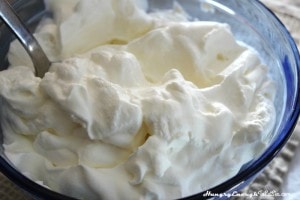 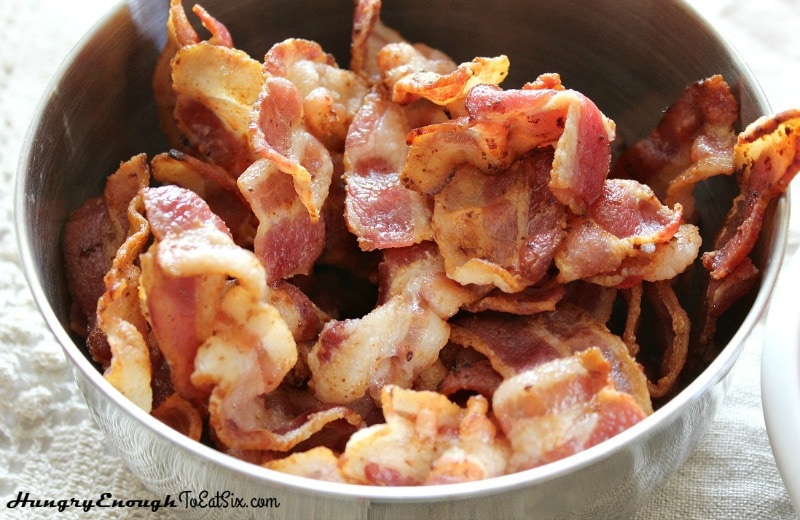 I had to admire the direct approach of my daughter's boyfriend. He piled bacon onto a plain crêpe, folded it up and dove in. Nothing but bacon. And then he made a second, just like the first. No need to gild the lily, I suppose.

I was already on the verge of sleepy stuffed-ness, but my daughter was eager to have me try her creation: fresh whipped cream over a pool of maple syrup, tucked into the gently folded crêpe. The taste was like that of maple candy. Or perhaps closer to maple cotton candy, a sugary cloud. It was very, very good. And after it I could eat no more. 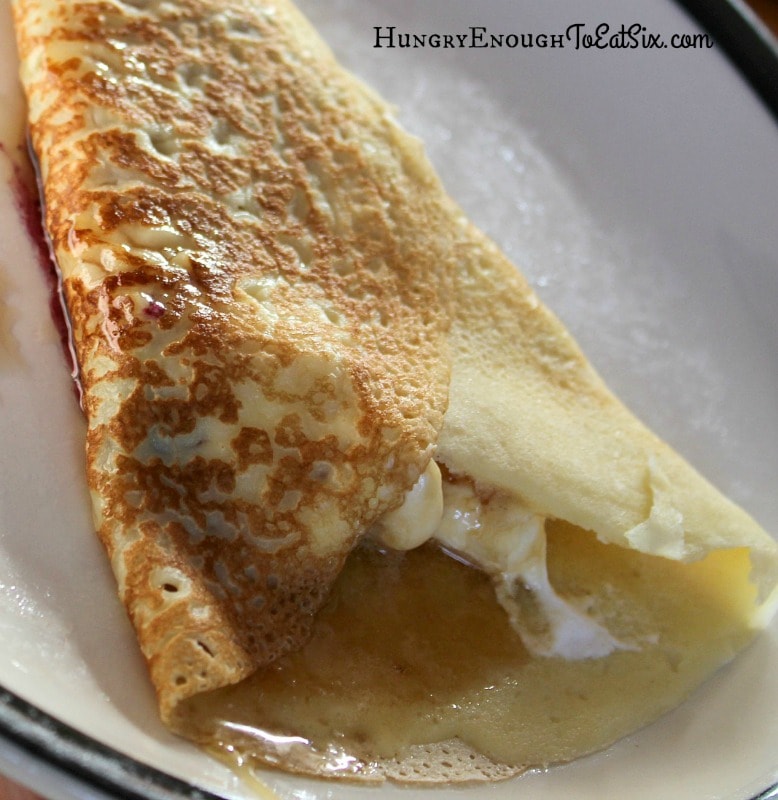 With everyone stuffed and various surfaces, fingers and shirtsleeves sticky with honey and maple, I left them catatonic on the couches to return to the kitchen and cook up the remaining crêpes. Once finished and cooled they were layered in a dish between pieces of wax paper. Wrapped tightly, they now wait in the freezer for the next great meal. Savory fillings will be the next frontier.

While pancakes make for a splendid weekend breakfast (we are particularly fond of Buttermilk Banana Pancakes) consider giving crêpes a try instead. No special equipment required (a large skillet works just fine) and for no more effort than pancakes, you'll have a special, elegant breakfast for yourself and your hungry fans. Click below to see recipes for my two fruit sauces!

Simmered Apples with Cinnamon and Cardamom

The recipe for King Arthur Flour's Parisian Crêpes is below. 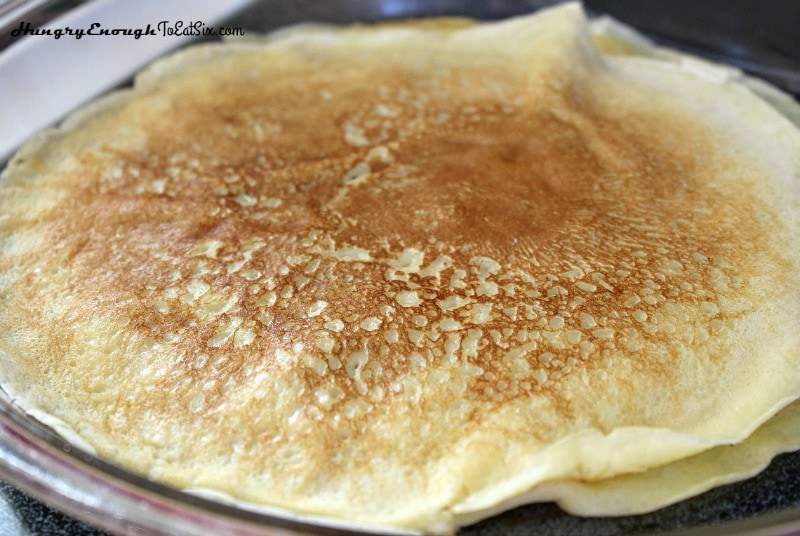