Today we were up bright and early (hey, 10:00 am is early for a Sunday.) We stuffed Logan and his friend Oliver into the car and raced over to the local Sheraton to check out the first official Vermont Comic Con. There we met the Armchair Squid and his family, and our adventure began! 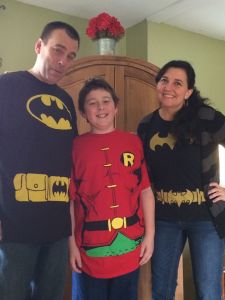 We were met with rows and rows of writers, illustrators, artists, comics, and toys.

We immediately ran off in all different directions. There were celebrity guests as well: David Newell (Mr. McFeeley from Mister Roger's Neighborhood) and Melissa Cowan (the "Bicycle Girl" zombie from Walking Dead) were the two I saw today. 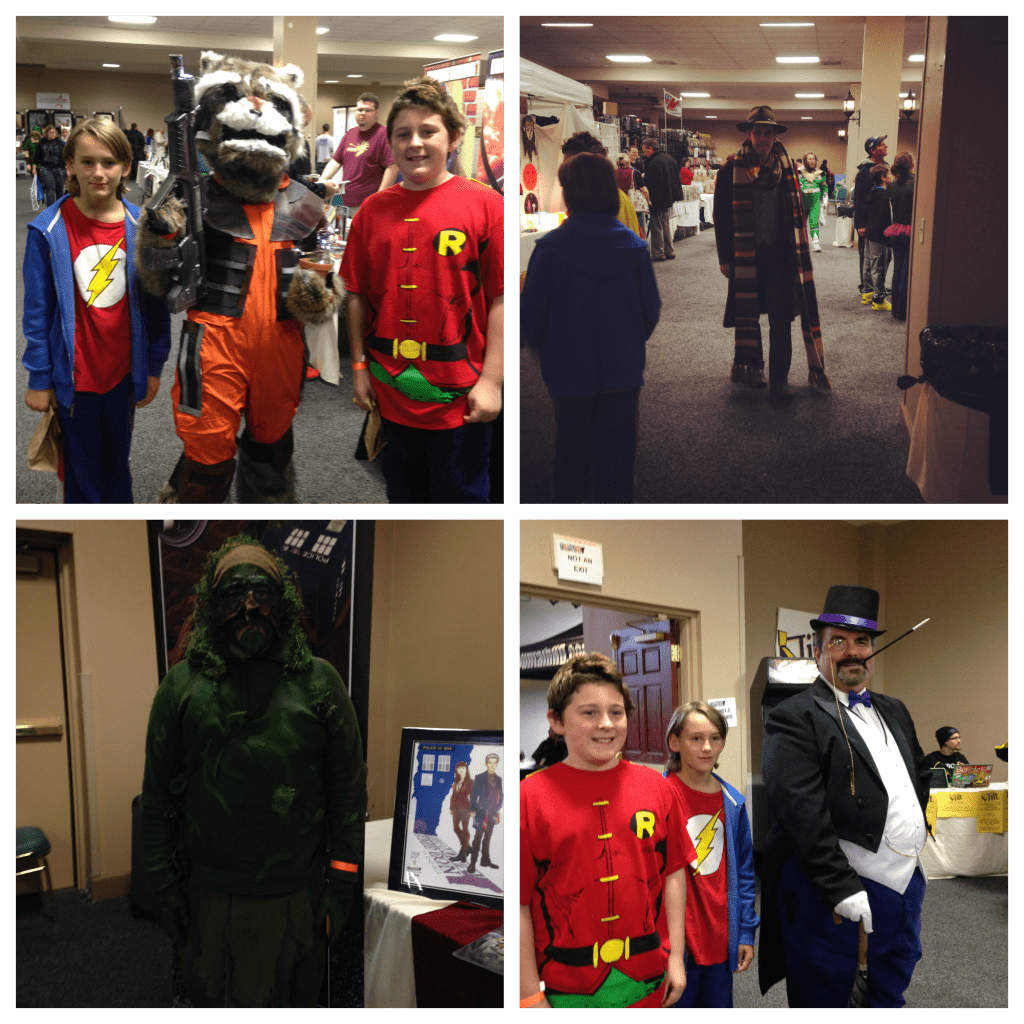 For me the best part was seeing the costumes, on kids, teens, and adults. Some folks went simply with superhero t-shirts as we did, but others were in full-on professional make-up, garb, and accessories.And not just superheroes: I saw Shrek, the Swamp Thing, and many supervillains. 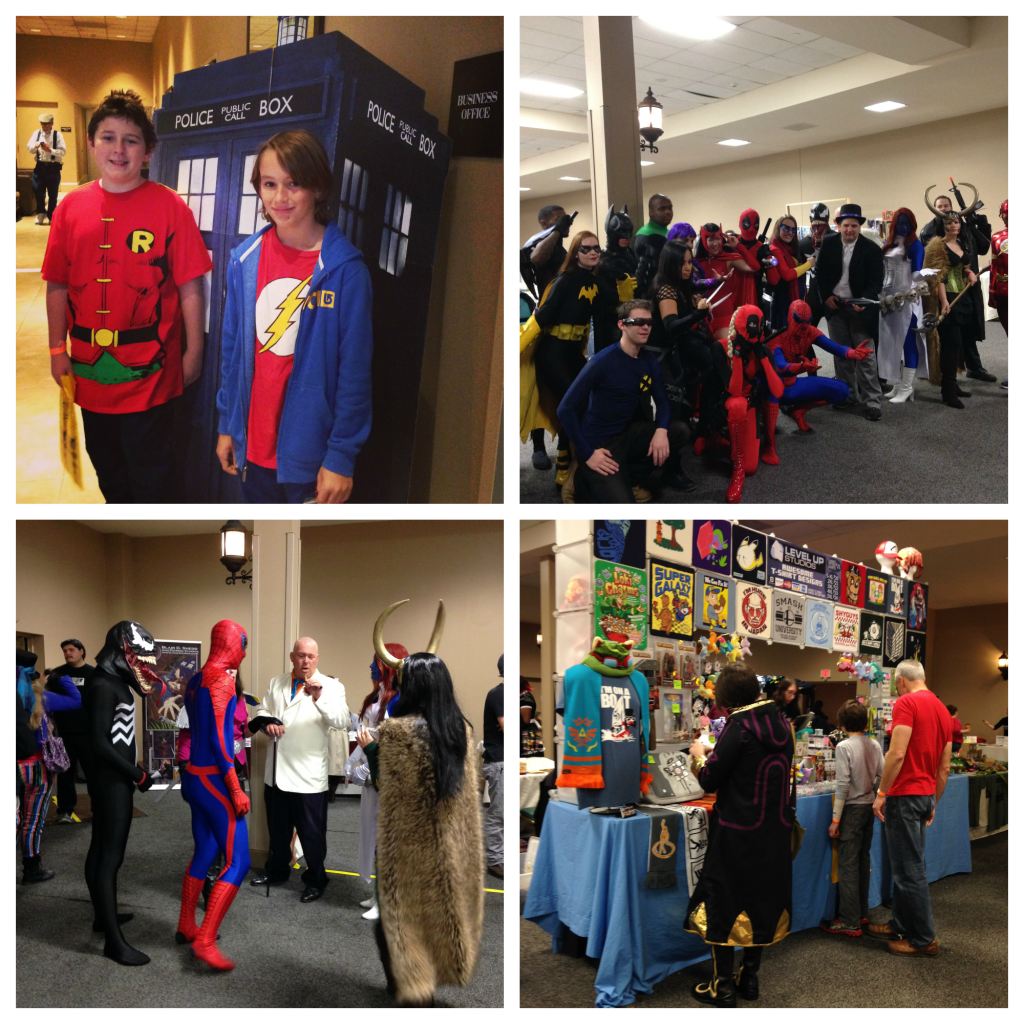 Here is a sampling of our booty from the show:

Vermont-Tardis with the 12th Doctor and Clara, by Blair D. Shedd, OneGemini.com 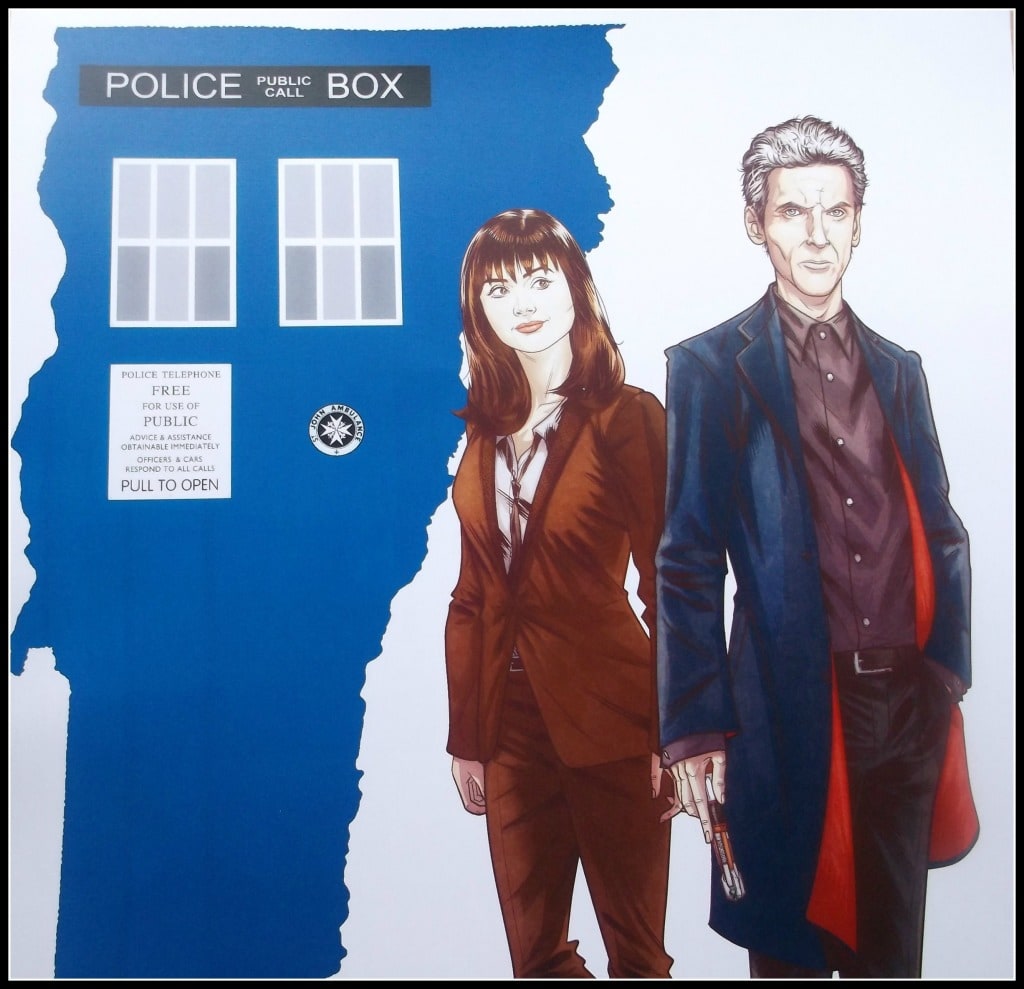 The 11th Doctor and Clara in the Tardis. by Blair D. Shedd, OneGemini.com 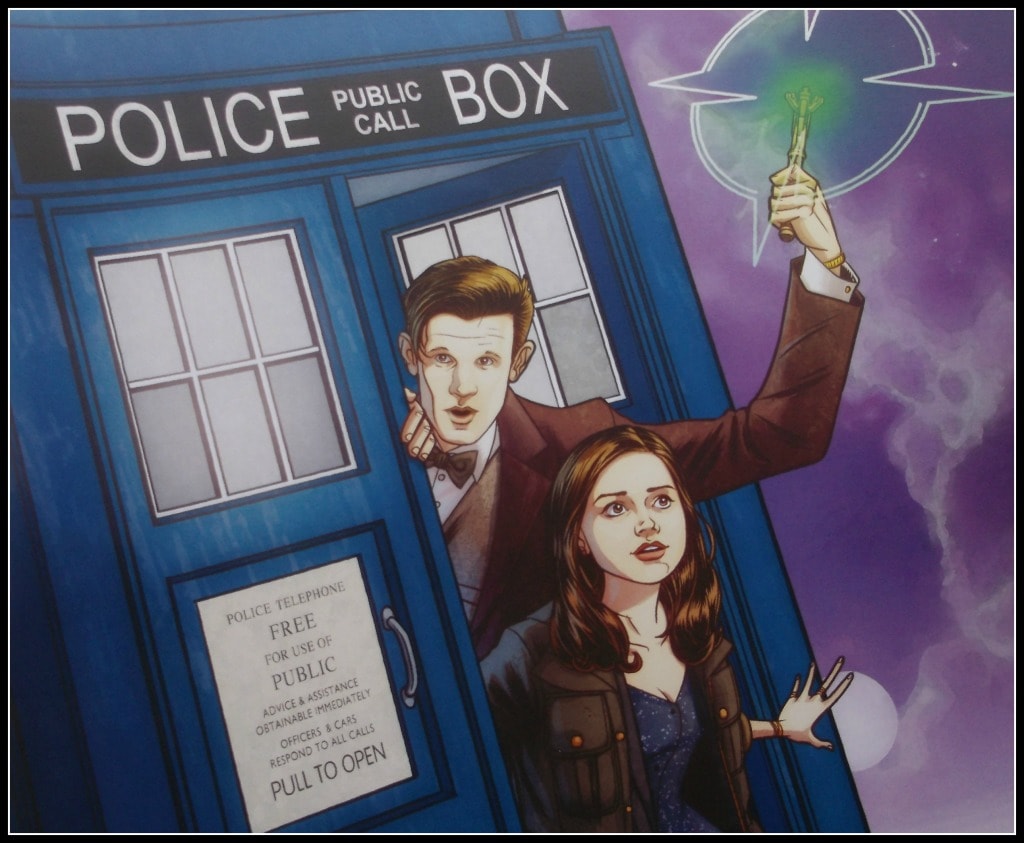 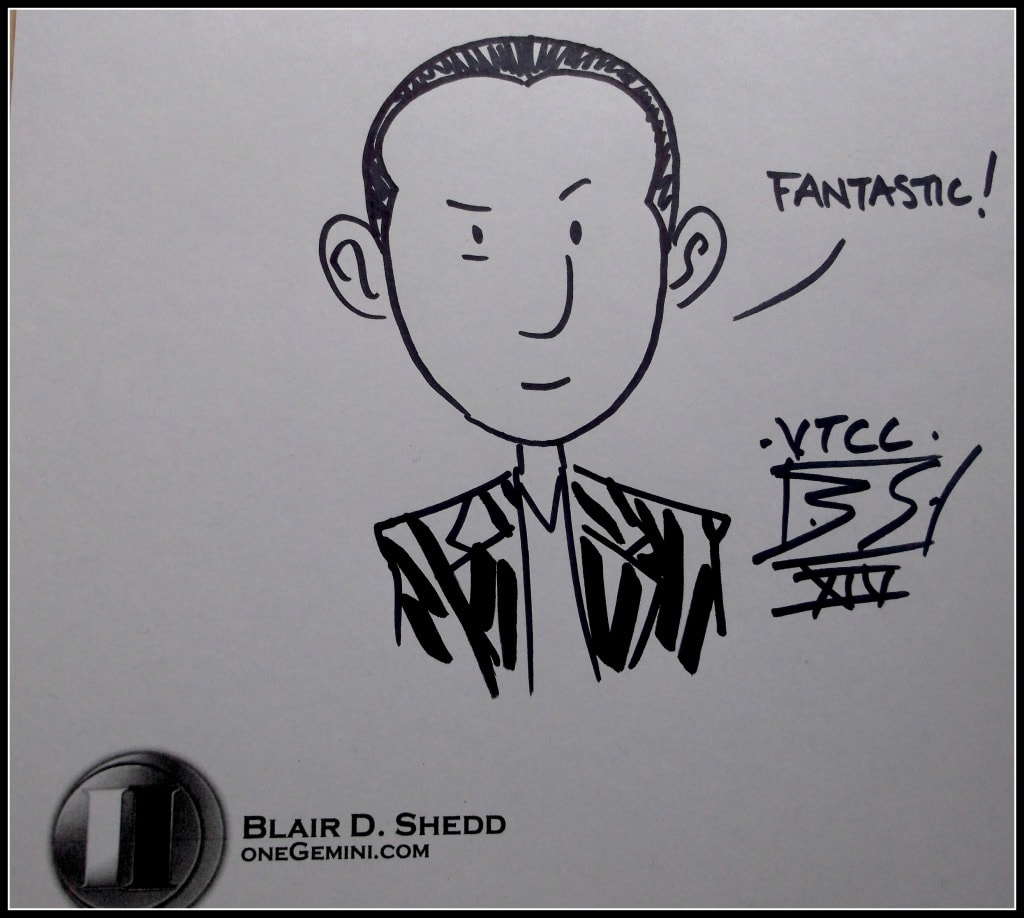 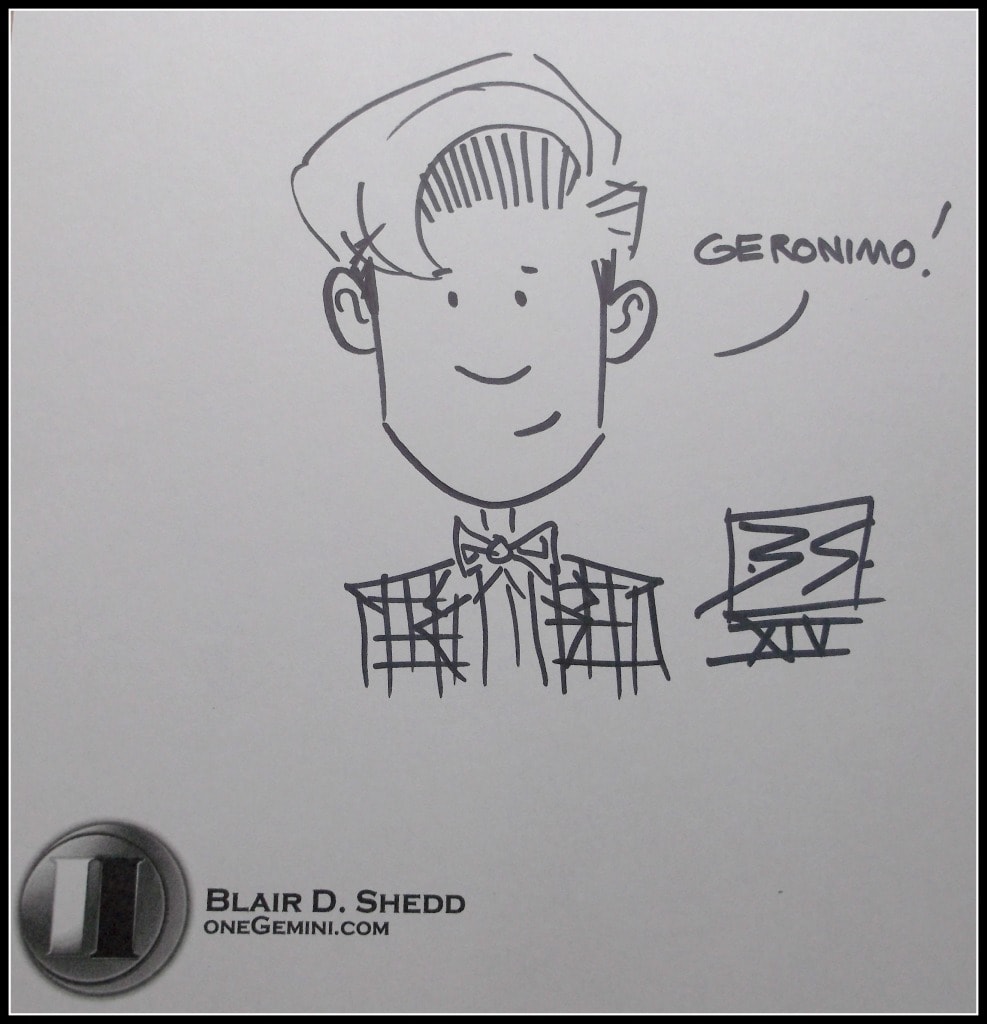 A postcard from a series of alliterative, alphabet illustrations, by Barclay Tucker, Barclay-Studio.com. 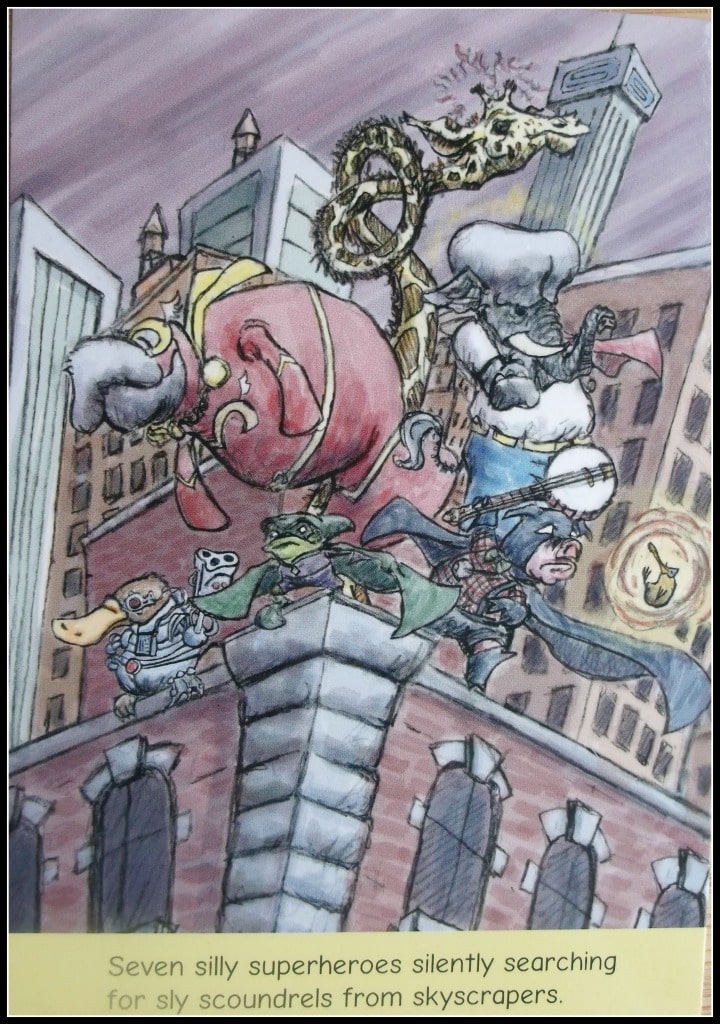 A notecard with a fox in a feather cloak, by Cambridge, VT artist Jess Polanshek, Polanshek.com. I love the beautiful and intricate detail in her work! Her animal illustrations bring to mind Jan Brett, and Pamela Silin-Palmer. Polanshek did a Kickstarter campaign to fund her first book, "A Quilted Forest" which is due to be released in November! 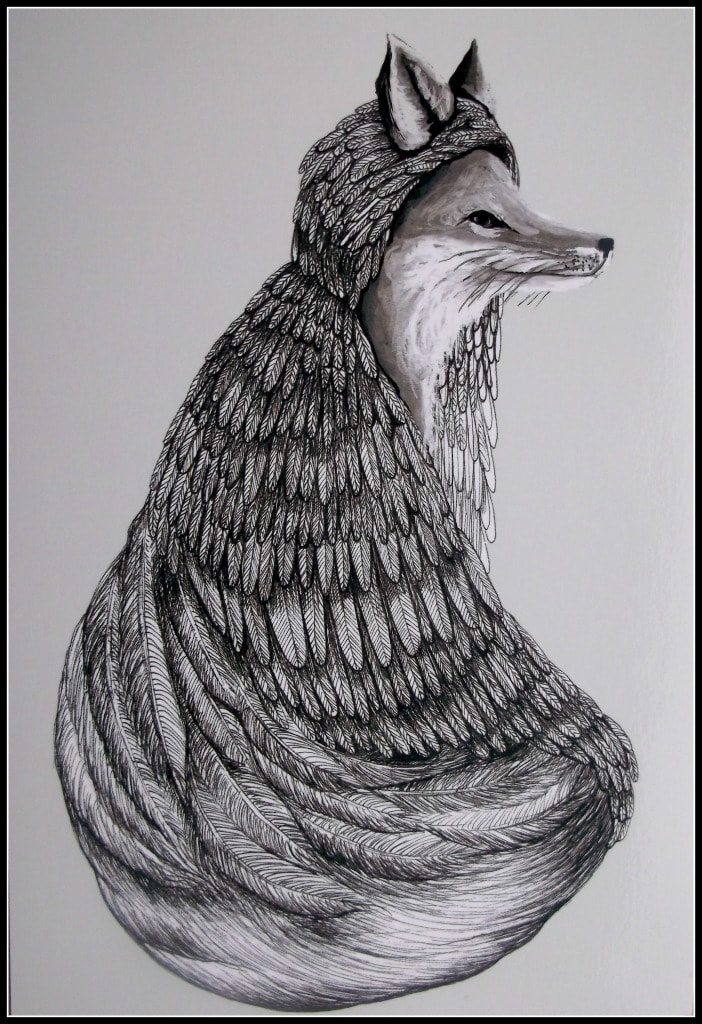 It's Gossamer! (Sometimes called Rudolph.) From Looney Tunes/Bugs Bunny episodes such as "Hair-Raising Hare" and "Water Water Every Hare." This is a pen and ink sketch by Scott Wauchope, Epicwee.com. Scott and his wife were friendly and funny, it was such a pleasure to chat with them! 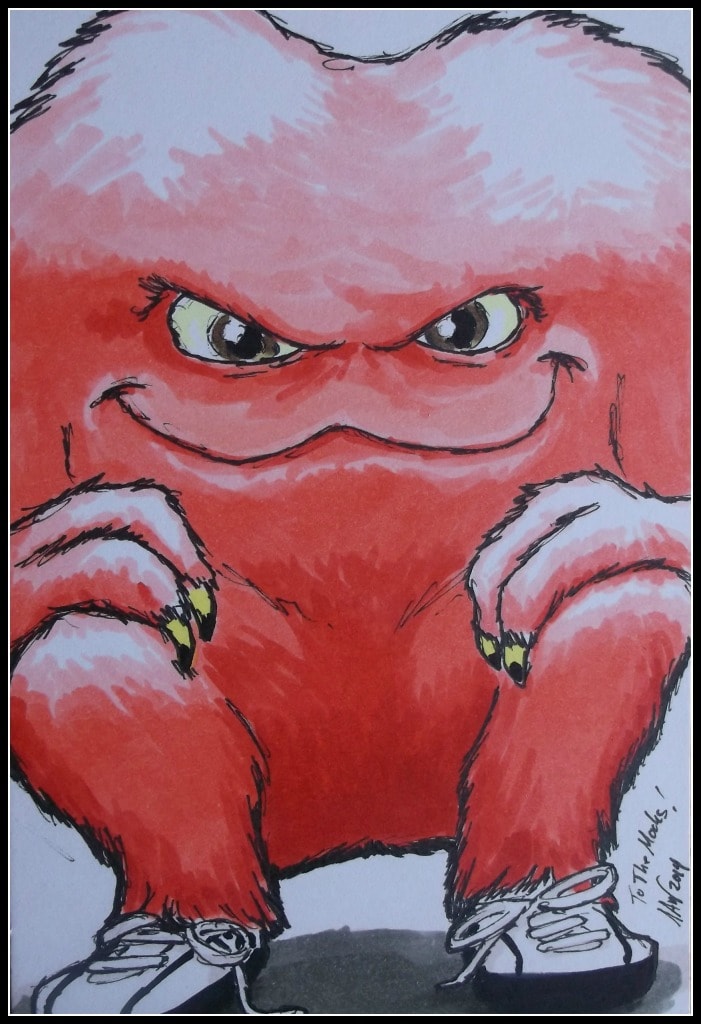 The 12th Doctor, with a Weeping Angel (he'd better not blink!) by Lee Wakerly, DadManCult.com. 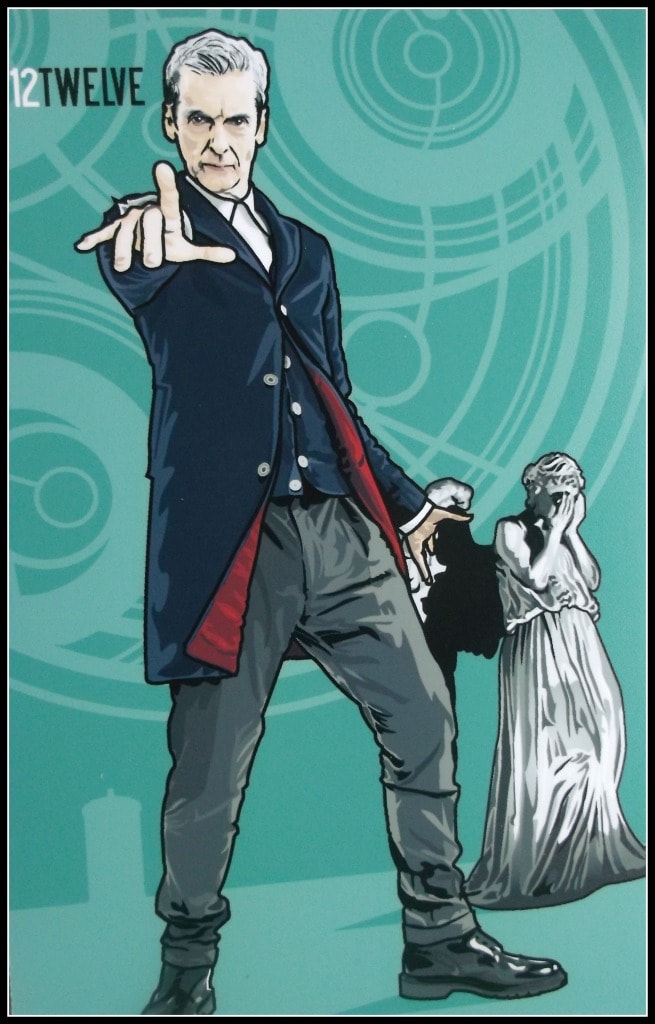 And finally, a free sticker that I spotted as we headed out. I snagged this for my sister-in-law who is a huge fan of The Golden Girls! by BrooklynPrintHouse.com. 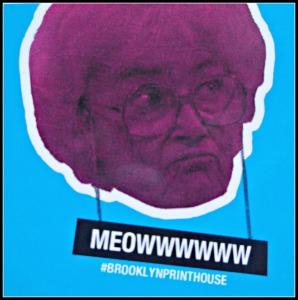 What a pleasure to be geeking out among this fun-loving and very friendly crowd. I was really happy to see that there was a huge turnout for today, and heard yesterday's attendance was also high.

Comics, graphic novels, and the worlds that are born from them hold so much potential and inspiration for young readers, writers, and artists.

I hope that this was the first of many more Vermont Comic Cons to come!

One mystery: there was a man... or perhaps a woman there, dressed all in black with a black hat, black gloves, and a shiny, silver mask.

This figure had a camera over his/her shoulder. Logan noticed that shiny, brand new pennies fell to the floor from this figure's hands...

and once we saw this mysterious figure holding a pile of these shiny pennies and offering them - silently- to all who passed by. Who was this? Does anyone know??