The third in our series of friendly food cook offs took place last month and it was another meaty competition! Our first was all about meatballs, the next a fiery collection of savory chilis. 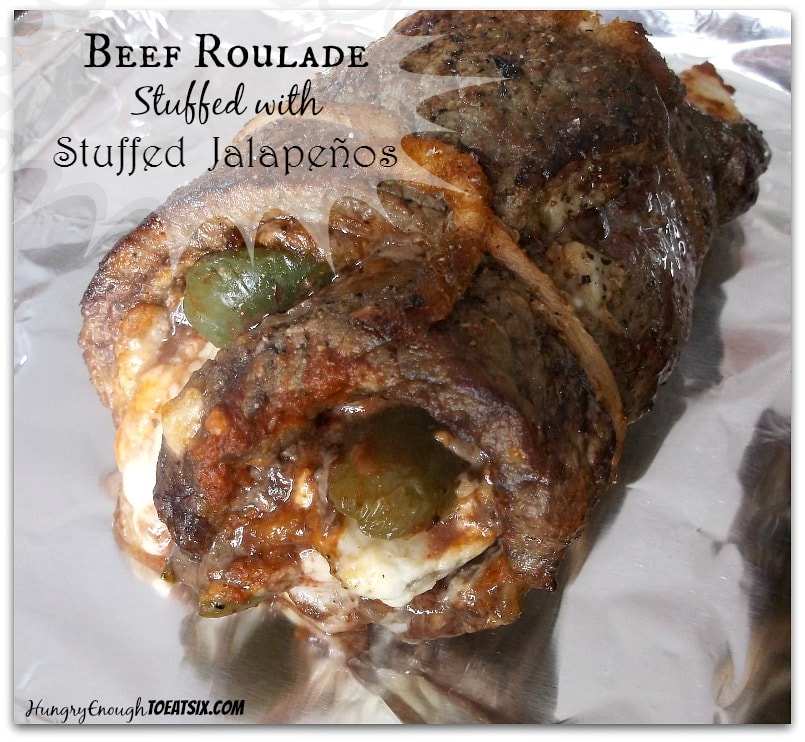 This challenge was stuffed meat. Stuff it with veggies, stuff it with more meat, so long as you get it stuffed!

The entries were noticeably few this time around, blamed on various commitments and assorted ailments. For the three chefs who did participate we knew the truth: that our expertise, our previous wins, and the promise of our stuffed meats scared them off. 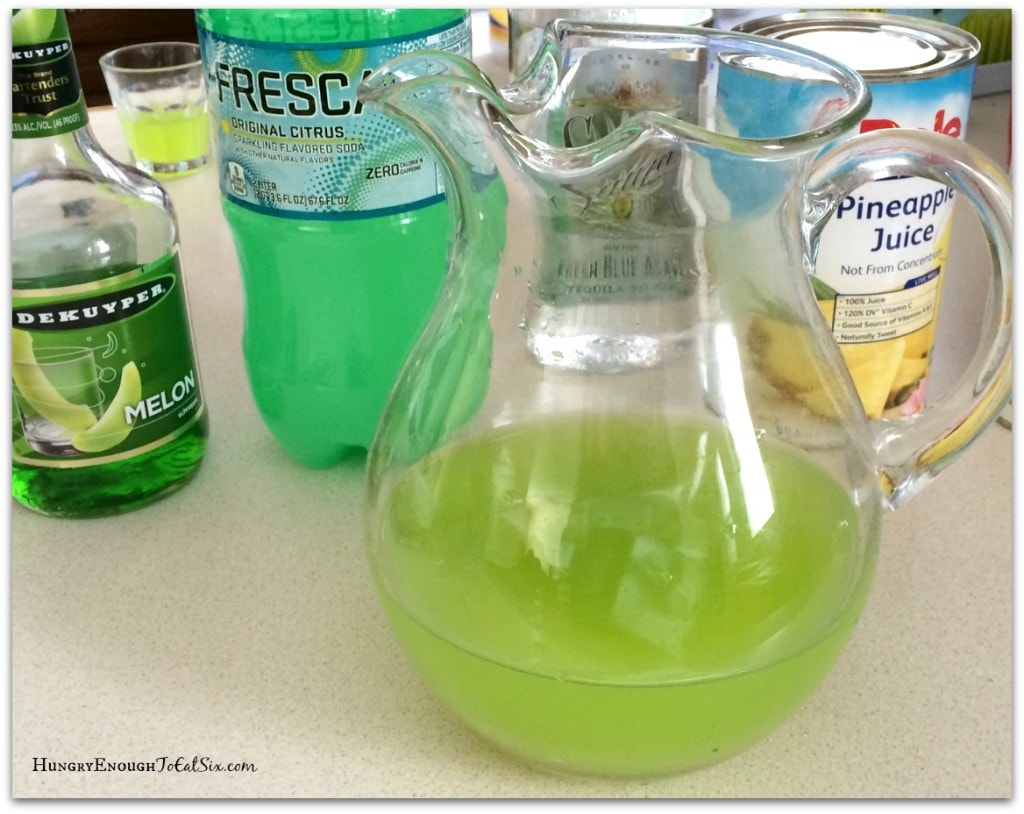 Another departure from our previous cook offs was that we didn't vote for a winner. With the small group, three stuffed meat options, and plenty of bright green Midori Pina Punch to drink, it really seemed like we all were winners! 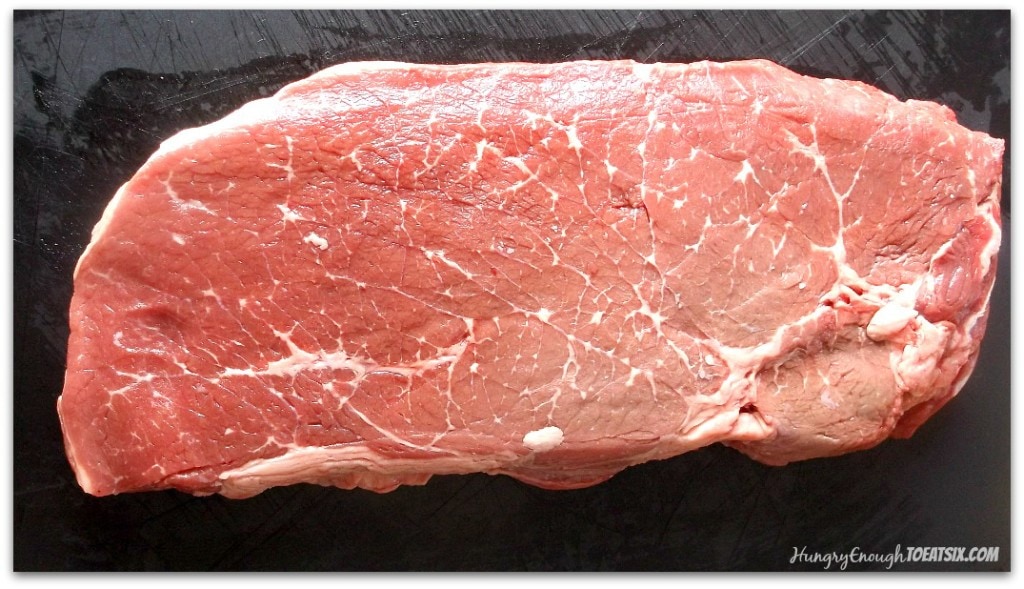 My entry was a Beef Roulade Stuffed with Stuffed Jalapeños. The beef was a London broil sliced in half to make two cuts to roll up. 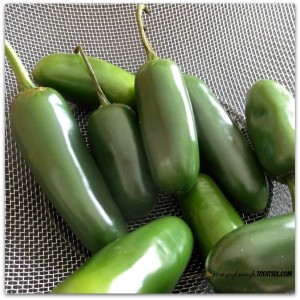 Each of these was spread with a spicy chipotle and sautéed onion sauce . I steamed jalapeños to make them soft and then stuffed them with Iberico cheese mixed with sour cream. 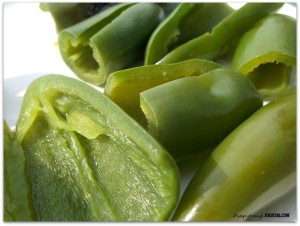 (By the way steaming jalapeños requires that all a windows be opened. I found out the hard way after filling our kitchen with stinging, burning capsaicin-laced vapors!) 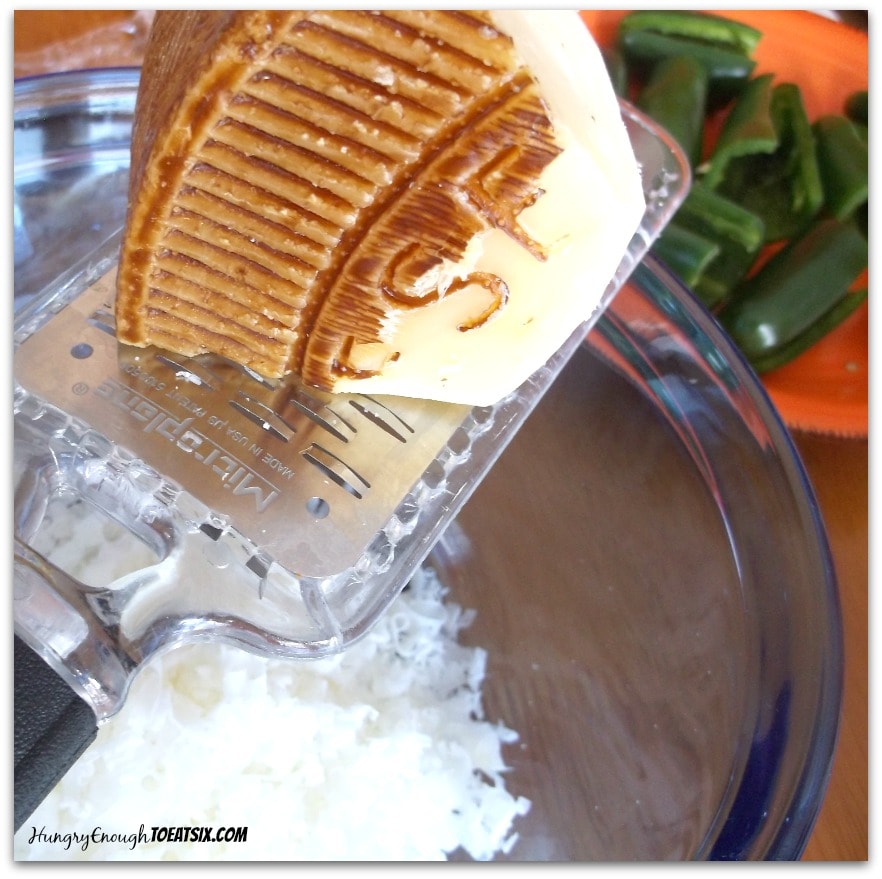 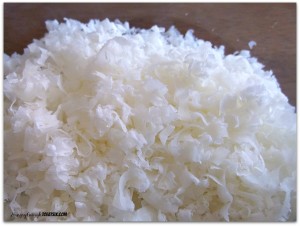 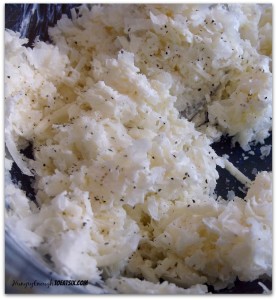 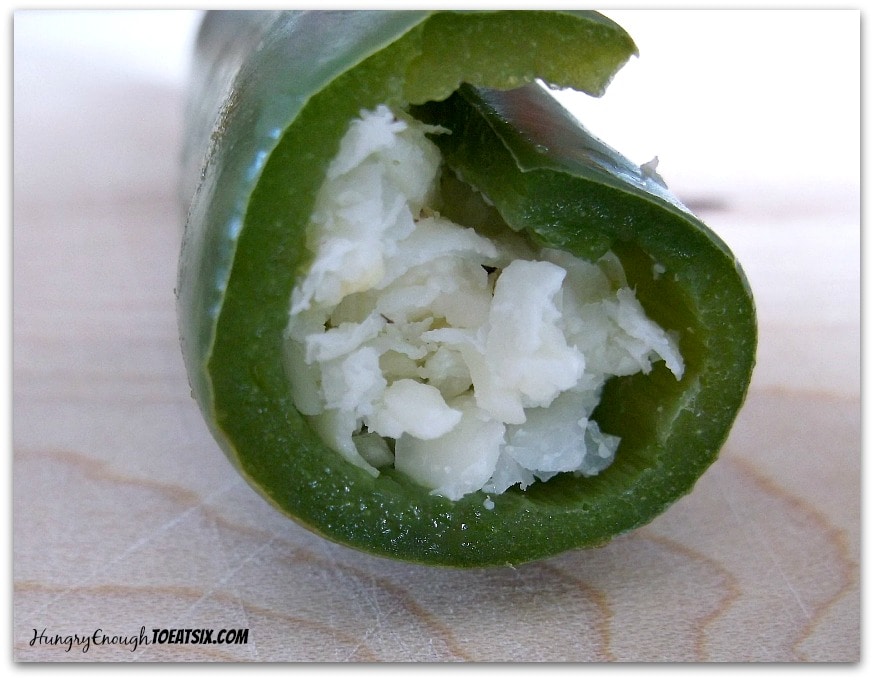 I then rolled the jalapeños up in the saucy beef and tied it. After a quick sear on all sides I popped the roulades in the oven to finish. 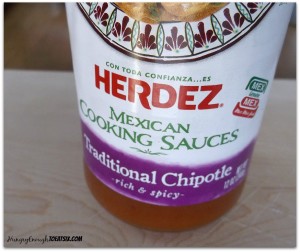 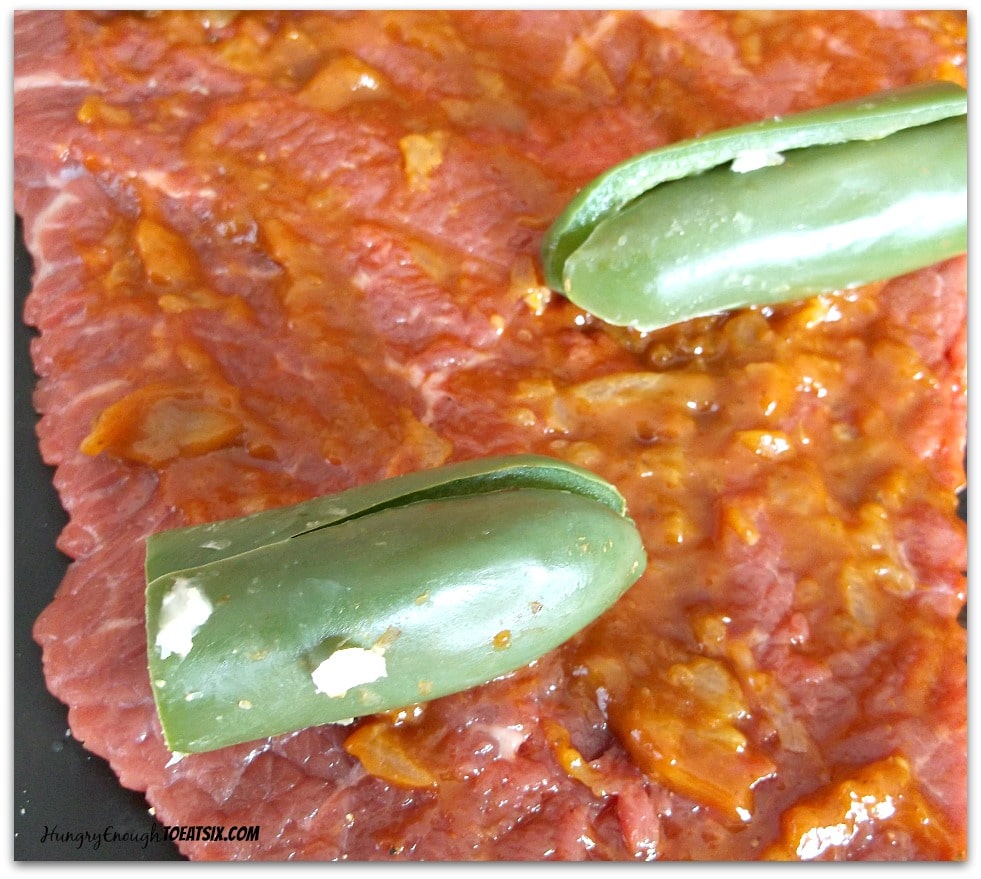 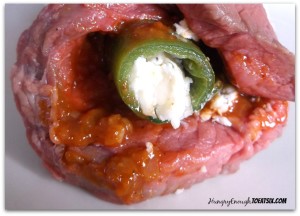 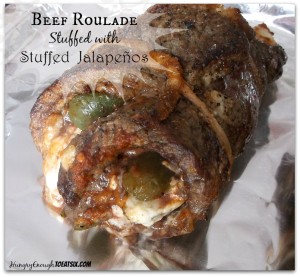 The slices of the Roulade were very spicy, but succulent and rich as well. There were one or two slightly too rare spots but most of the meat was cooked perfectly. That alone is a victory for me as I tend to over-cook beef! For a dish that existed in my wee brain only, until the day before the competition, I was really happy that it came together well in the finished dish! 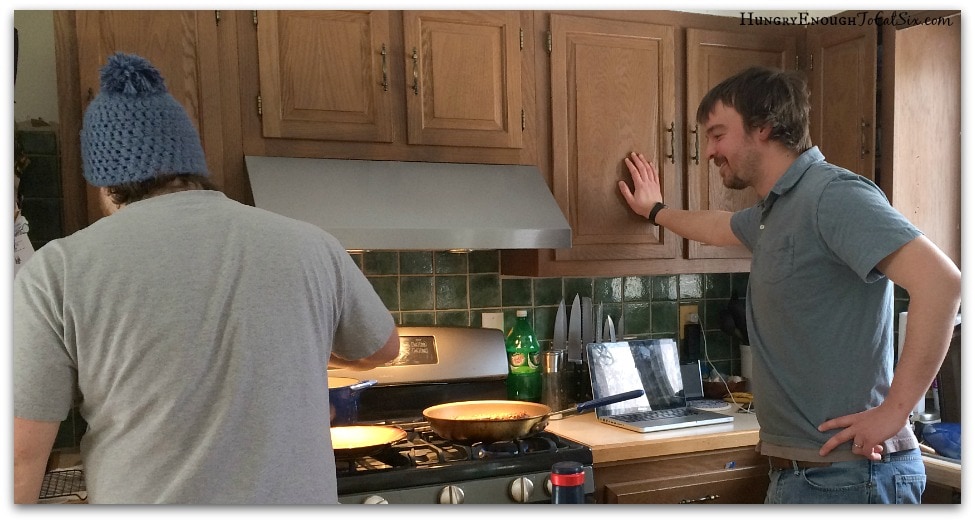 The other two entries came from one team, Team Schmid-Melasky (or is it Melasky-Schmid?) They were the winners of the infamous Chili Off. I was really impressed with what they created. To begin with, they did a trial run of their stuffed meat early on in the week. When I got that message I really started to panic. 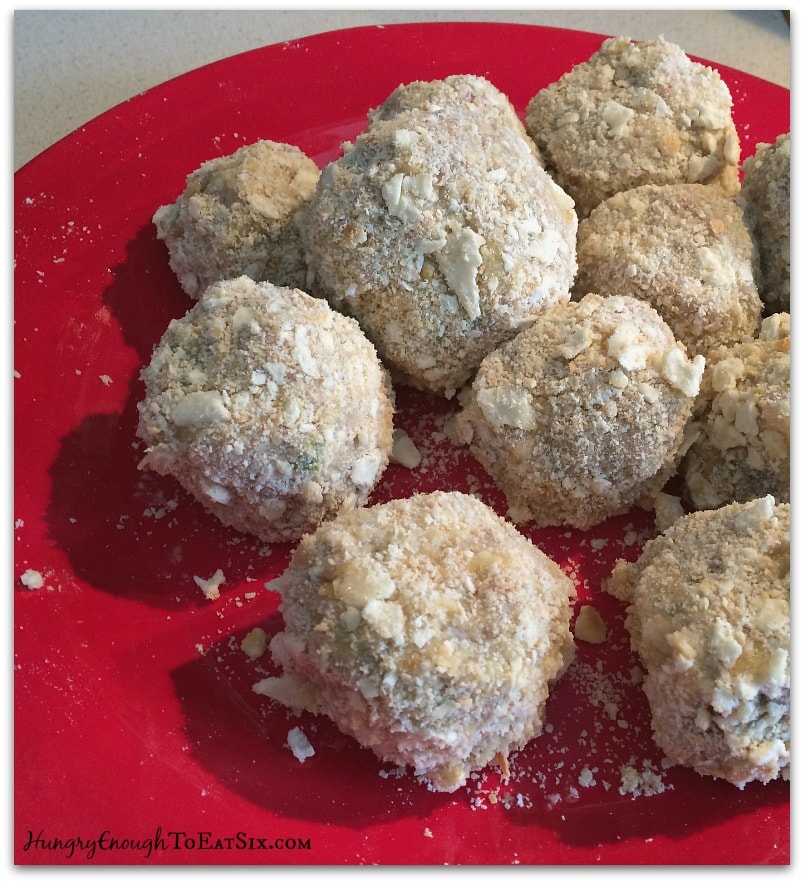 This duo made their own sausage from chicken thighs and then created the filling for it using cream cheese, adobo, jalapenos and onions sautéed in bacon drippings, and various spices like Anaheim chili powder, paprika, and Buffalo spice. They then prepared it two different ways: one was to place the filling in the middle of the balls of sausage. The balls were then rolled in a mixture of crushed Ritz and saltine crackers, then fried until golden. The second preparation: logs of the homemade sausage with the cream cheese filling in  the center, seared on the stove top in bacon drippings and then finished in the oven. 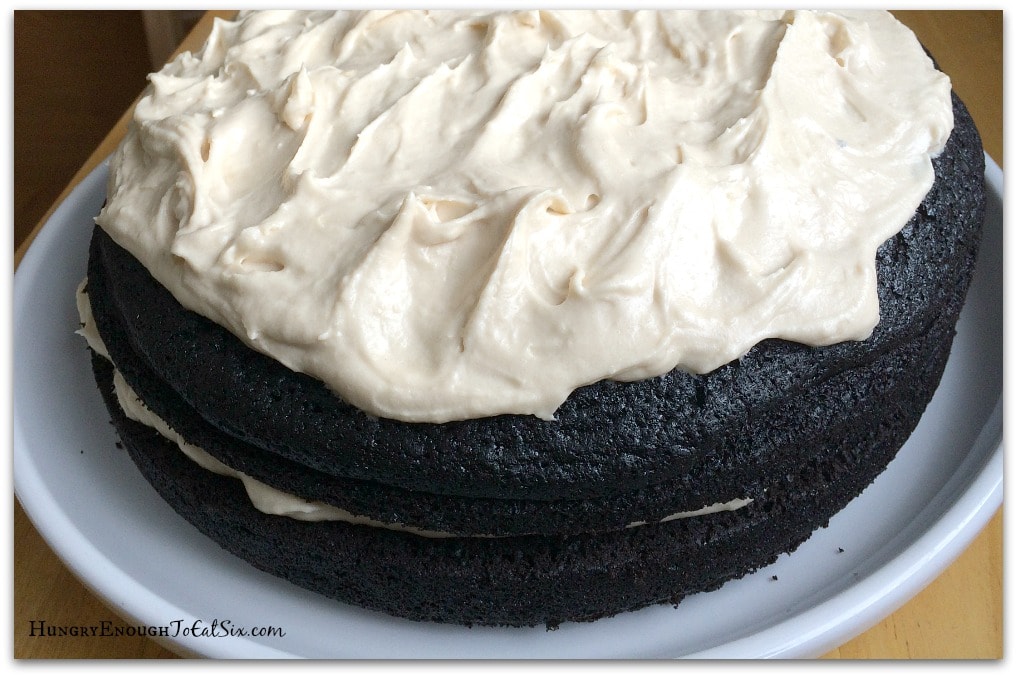 After we were all stuffed with every last morsel of the stuffed meats, the true winner of this meaty cook off emerged: it was Kari with her homemade Dark Chocolate Guinness Cake with Bailey's frosting. It was a gloriously sweet and rich finish to the meat indulgences. 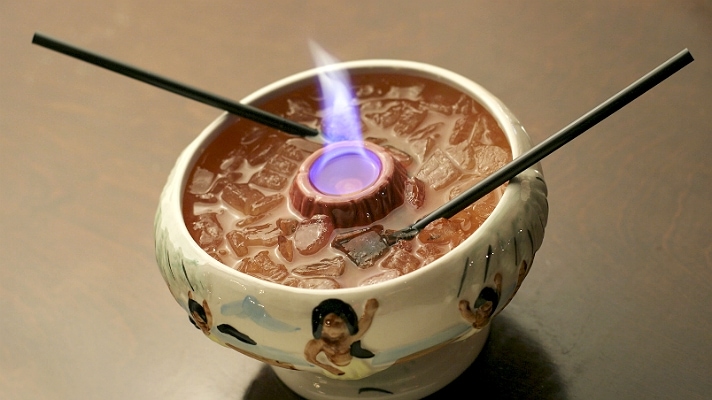 The hours that followed may or may not have included copious amounts of Midori Pina punch, a raging fire pit, wandering through the woods at night, a Scorpion Bowl at a local Chinese restaurant, and someone finding himself unable to get up off the snow-covered ground. All around, it was a great cook off.

We are in negotiations for the next competition, and there had been a lot of interest in a macaroni and cheese cook off. However, now that warm weather is finally here I have a feeling the next gluttonous gathering will center around the grill or perhaps the new smoker. Stay tuned!