It's that time of year again! Chris from The Mind of Schmid and I are teaming up to honor dishes straight out of cherished Christmas cinematic classics. Last year for our Cinematic Christmas Feast I chose to make Who Hash (I had to...the Grinch took our last can!) from How the Grinch Stole Christmas. Chris made Ain't Yo Momma's Meatloaf from A Christmas Story. (Much tastier than Mom's "Meatloaf, meatloaf. Double beet loaf.)

This year we both chose to make dishes from Home Alone! Chris is tackling the coveted Cheese Pizza and I am presenting a lovely, gourmet Macaroni & Cheese. 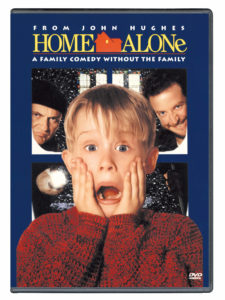 Home Alone is a holiday favorite of mine, and one that I did not actually see until about a decade after it came out. When it was released in 1990 I guess I assumed I was not the target audience. It's also quite likely there was rampant, hyper-annoying promotion of the young, impish Macauley Culkin, both factors contributing to my avoiding the movie.

And really, would I be interested in a John Hughes movie full of physical comedy, crude humor and ridiculously exaggerated stereotypes?

Oh yeah, of course I would! And when I did finally see it, indeed I loved it.

Surely everyone is familiar with the Home Alone plot, but here is a super-quick movie synopsis just in case:

A little boy's terrible family leaves him at Home Alone while they fly to Paris. He enjoys some well-deserved peace and tranquility, while competently running his household and successfully defending his domicile.

Unfortunately for him, his family eventually comes home. 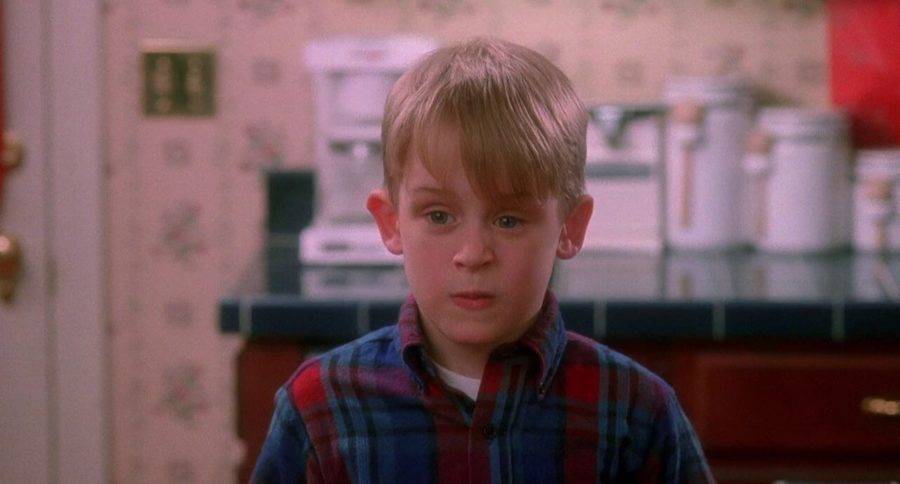 For the record, I think Kevin was completely right to wish that his family would disappear. 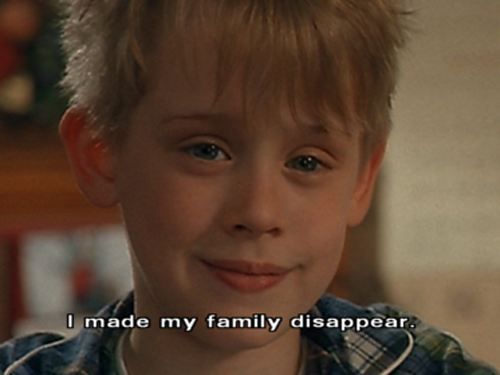 They were just an awful pack of people. If I had an uncle that called me a little jerk, a sister that called me "les incompetent" and a mom that banished me to the scary attic... well, I would wish those people into the cornfield too.

While alone, smoothly maintaining household routines, throwing a rocking party attended by Michael Jordan, and keeping himself well-groomed, Kevin also enjoyed some classic comfort food! Chris will give you the low-down on Kevin's perfect Cheese Pizza. 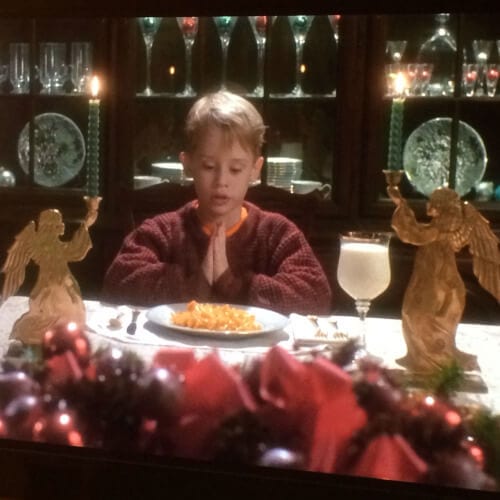 By gourmet I mean that I traded elbows for pasta shells. 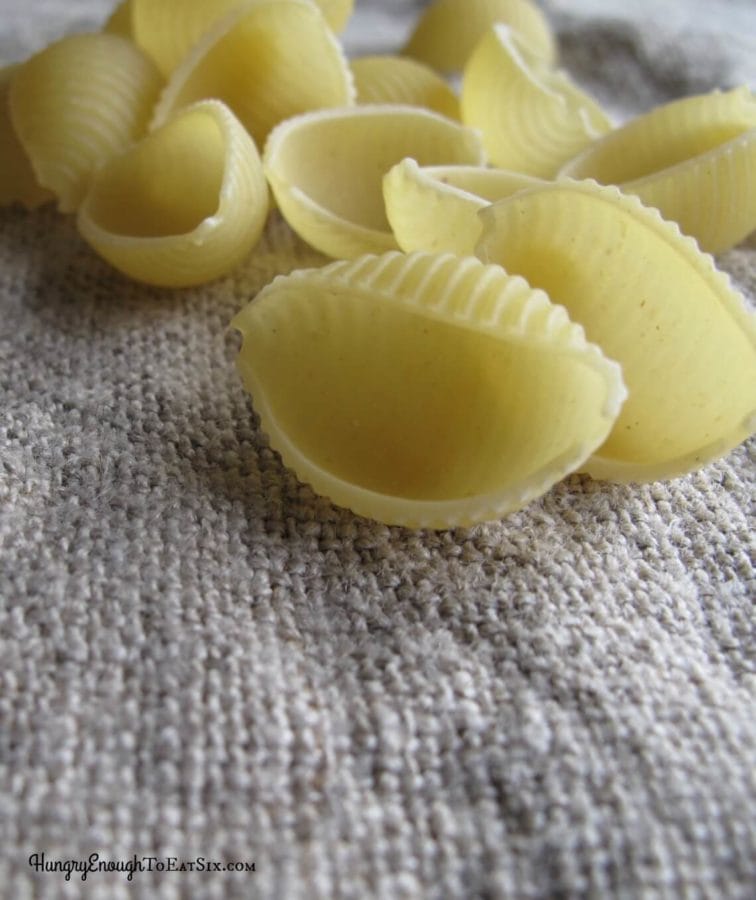 I also traded out my standard Cheddar cheese for a combination of three delectable varieties I found out a local cheese shop. 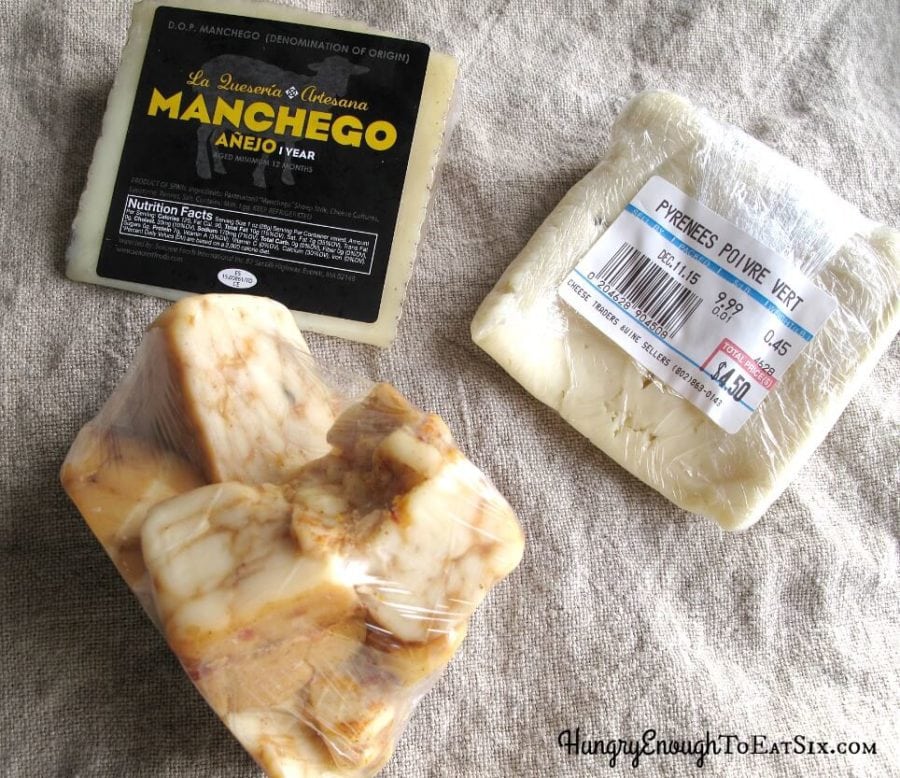 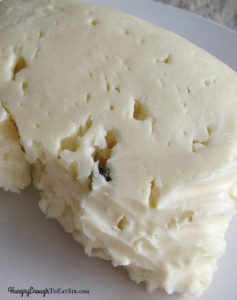 I chose the Pyrenees Poivre Vert because I was intrigued by the little studs of green peppercorns embedded in the cheese. If this variety isn't available a regular Pyrenees would probably be just fine, as the rich creaminess it adds is its best asset. 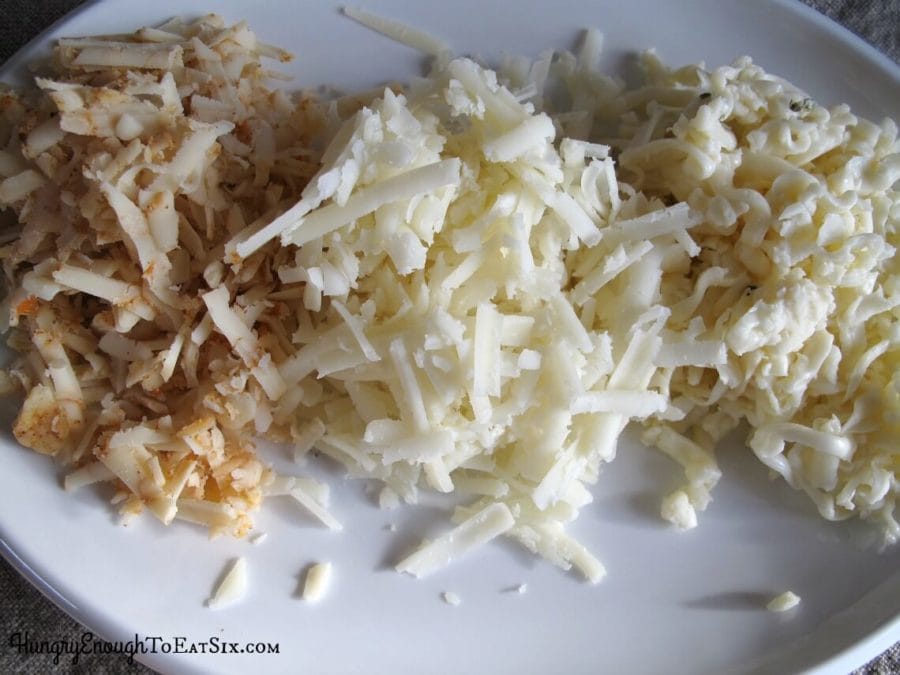 The quantities of cheese I used below may seem a little random, as I played with the quantities I had on hand. And the folks here who ate the entire pan of Macaroni & Cheese in less than thirty minutes approved. 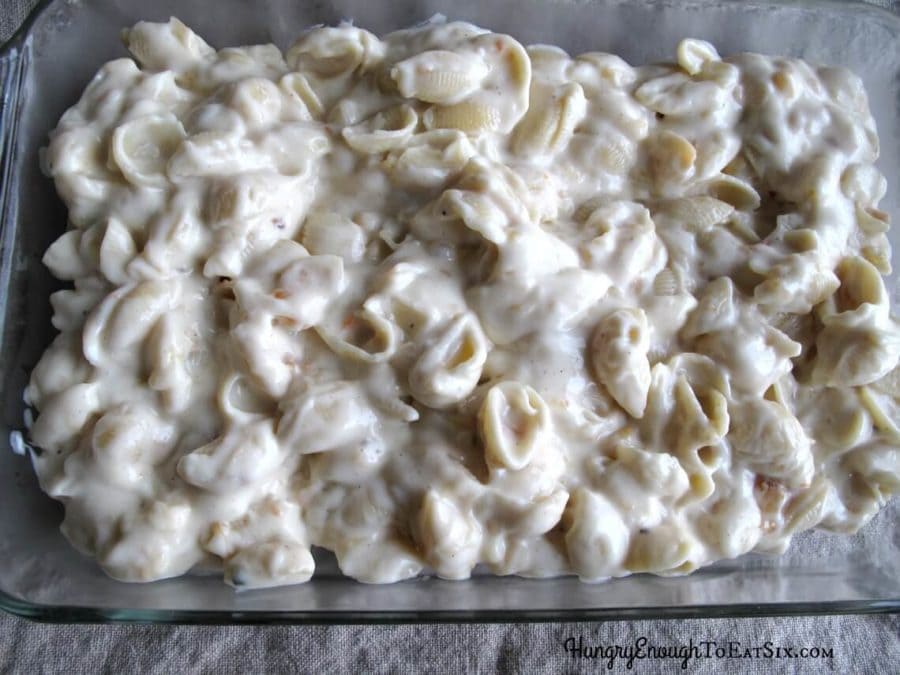 The heat from the Chili Cheddar was subtle at first but then built little by little as we gobbled it down. This was wonderful for us, but if you're sensitive to spicy heat you could cut the amount of this cheese back some. 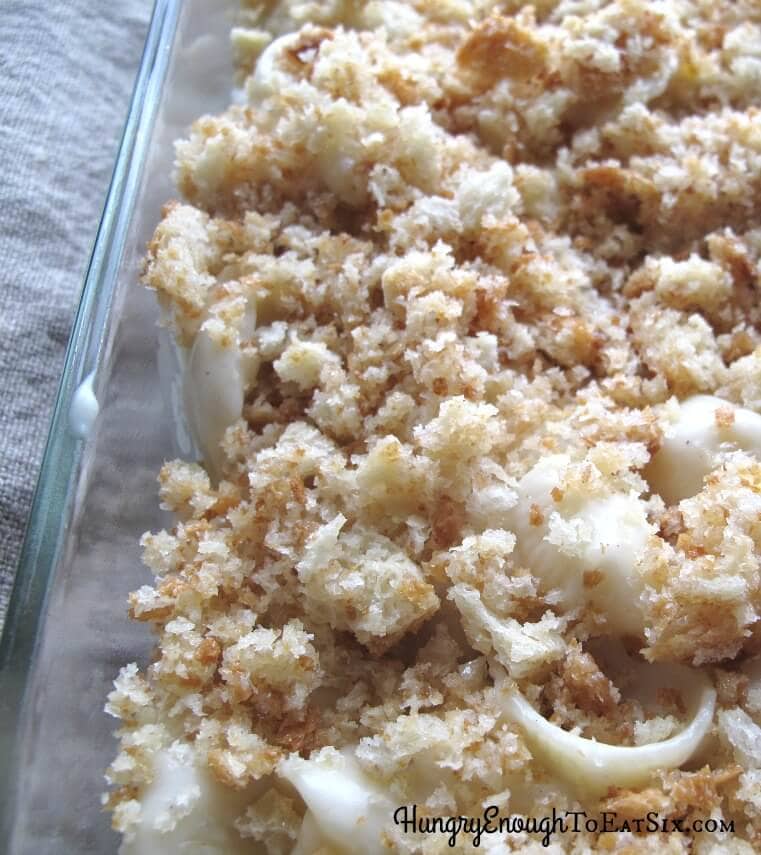 It is a creamy, savory comfort food you can enjoy with your family, or if you've already wished for them to disappear then enjoy it all alone! The recipe is below. 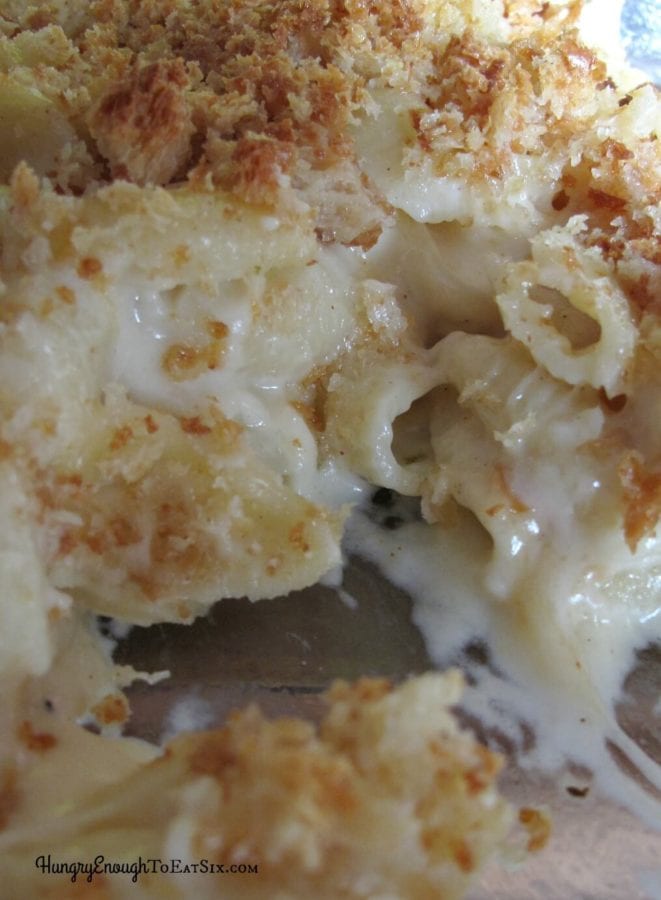 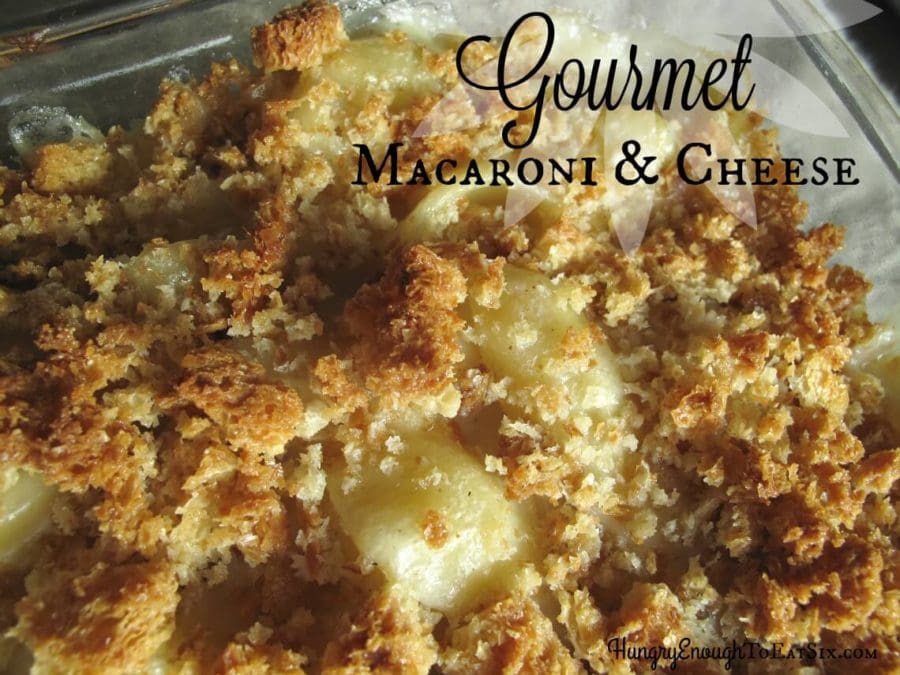 Merry Christmas! And as Kevin would say, "Keep the change, ya filthy animal." 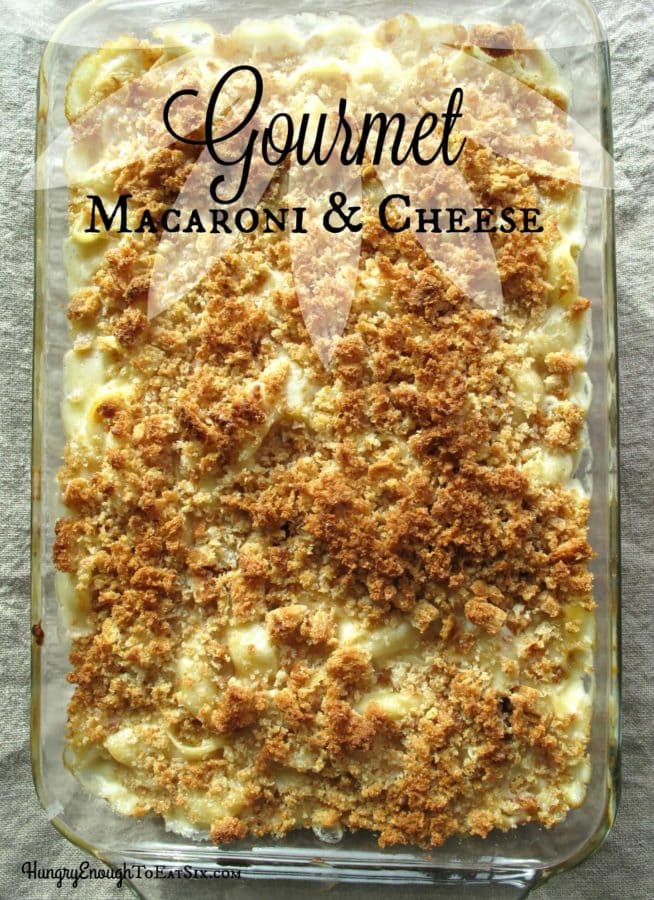 « Hungry Enough To Eat This: A gift!
Pesto Crisps »